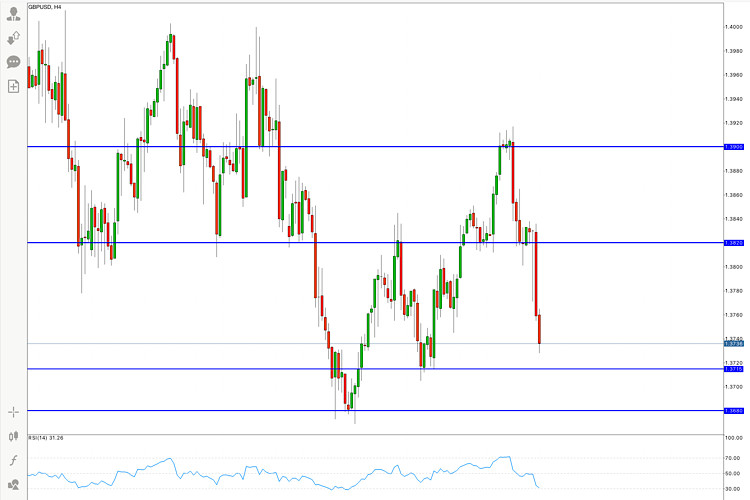 GBP/USD has slipped below 1.38, extending its losses as US yields resume their gains. The UK begins using Moderna’s vaccines, expanding its campaign. Upbeat data underpins both currencies.

On the downside, support awaits at 1.3715, 31st March swing low and further below awaits critical barrier at 1.3680 that might slow down the bears. The upside barrier is at 1.3820 a significant support and resistance level and further north is 1.3900 psychological round figure mark.