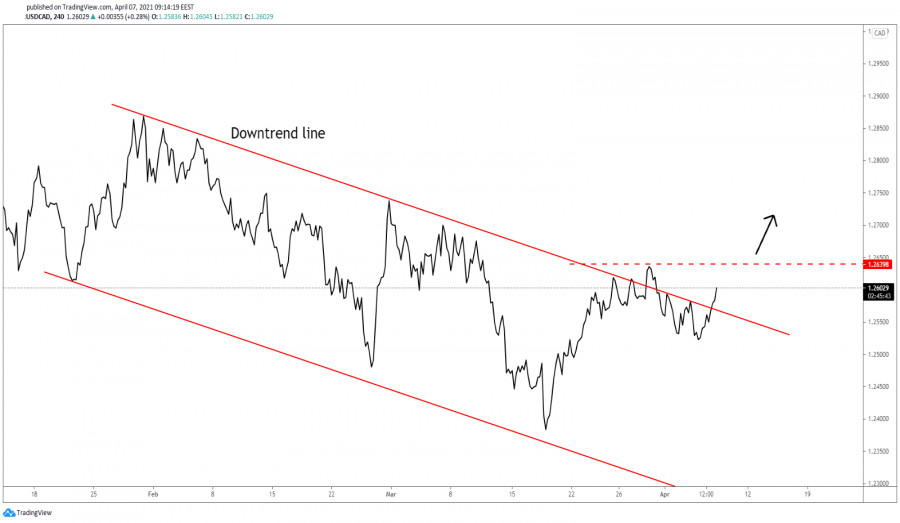 USD/CAD increases aggressively being located at 1.2602 level at the time of writing after failing to extend its decline.

As you already know from my previous analyses, USD/CAD could develop an upside reversal if it escapes from the major down channel. Now is traded above the downtrend line, but we still need confirmation that the pair will develop strong upwards movement.

Jumping and stabilizing above 1.2639 former high may validate further growth ahead and could bring a new buying opportunity.

We may have a good buying opportunity if the rate jumps above 1.2639 former high. 1.2700 psychological level could be used as a first upside target.