The rise in Brent and WTI quotes in response to the OPEC+ decision to increase oil production was attributed to the alliance’s optimism regarding the prospects for global demand, but further events showed that this was more like a false start. At the April 5 auction, the main grades of black gold sank by more than 4% due to fears that the global economy will not recover as quickly as expected, and due to fears that Iran will flood the market with cheap oil after the lifting of sanctions from the United States. However, most likely, the market, as usual, runs ahead of itself.

If at the previous OPEC+ summit the scales swung in the direction of Saudi Arabia, then at the beginning of April the majority of the alliance members preferred the opinion of Russia. Riyadh has once again called for a cautious stance until the evidence of a global economic recovery and global oil demand becomes undeniable. Moscow noted that the market conditions have improved significantly recently, while the cartel and its allies should not allow it to overheat. As a result, OPEC+ decided to increase production by 350,000 b/d in May, by another 350,000 b/d in June, and by more than 400,000 b/d in July. Saudi Arabia will also increase production by 1 million b/d during these three months. To further convince investors of the alliance’s optimism, Riyadh raised the price of its own oil for Asian customers by $20-$50 per barrel.

Belief in a bright future is wonderful, but what about the dark present? The growing number of infections in Europe and the United States, lockdowns in the countries of the former, and the strong US dollar, coupled with the beginning of negotiations between Washington and Tehran, plunged oil into a wave of sales. 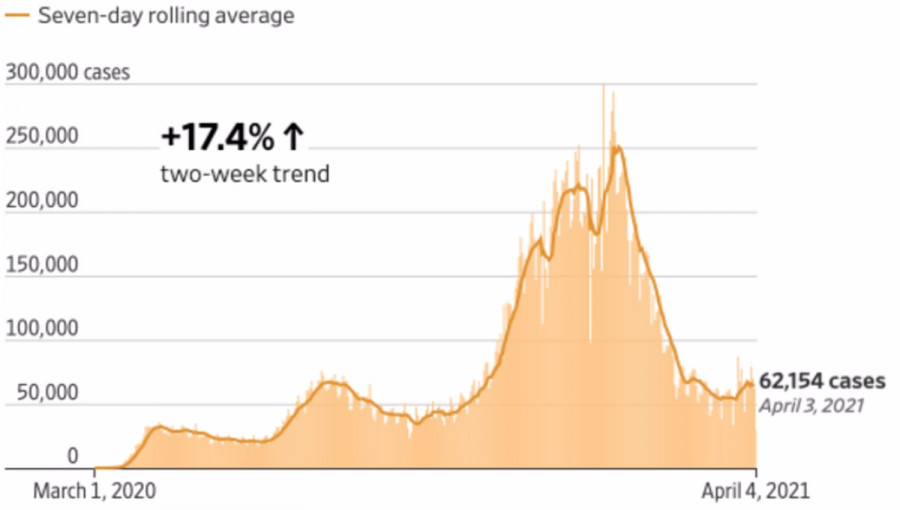 Iran insists on the complete lifting of sanctions. According to FGE estimates, the export of oil and oil products from this country in the coming months could easily reach 2 million b/d, which scares the bulls on Brent and WTI. Goldman Sachs, on the other hand, believes that the negotiations will be long-term, as the United States will not tolerate unilateral action. Tehran has already increased production to 2.7 million b/d, and its further rapid growth is unlikely.

In general, there is a growing opinion on the market that the current prices for black gold are optimal for producers and consumers. They will not lead to a sharp rise in the price of gasoline, which will limit the activity of the same Americans. At the same time, strong statistics on the US labor market and business activity, as well as positive data from China, convince that the main consumers of black gold are doing well. All that remains is for Europe to get up off its knees, and oil will easily restore the upward trend.

Technically, I am looking at two main scenarios for Brent. A drop in quotes to the area of $58-$58.5 per barrel will allow the formation of the “Wolfe Waves” pattern. In this situation, we buy the North Sea variety above $62.2 and $64.8. On the contrary, a confident break of the resistances at $64.8 and $65.5 will allow the formation of long positions with a target of 88.6% according to the Bat pattern. It corresponds to $70.4 per barrel. 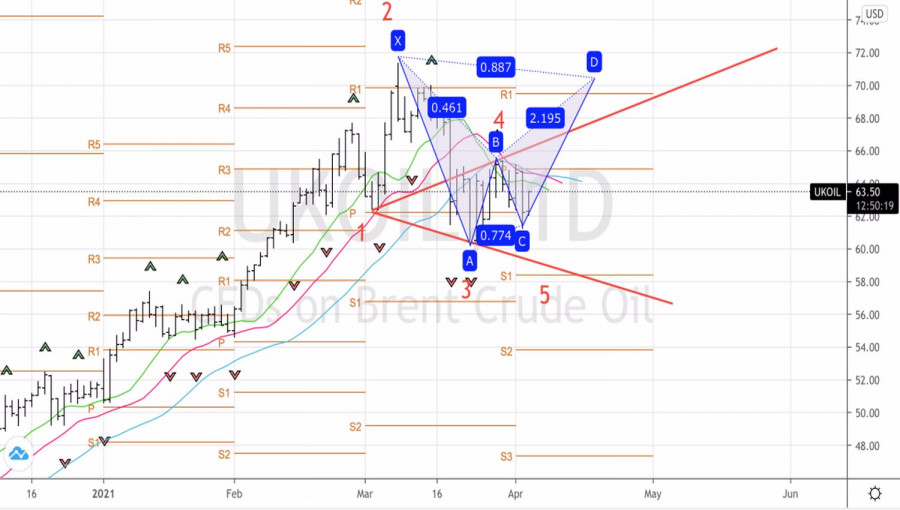