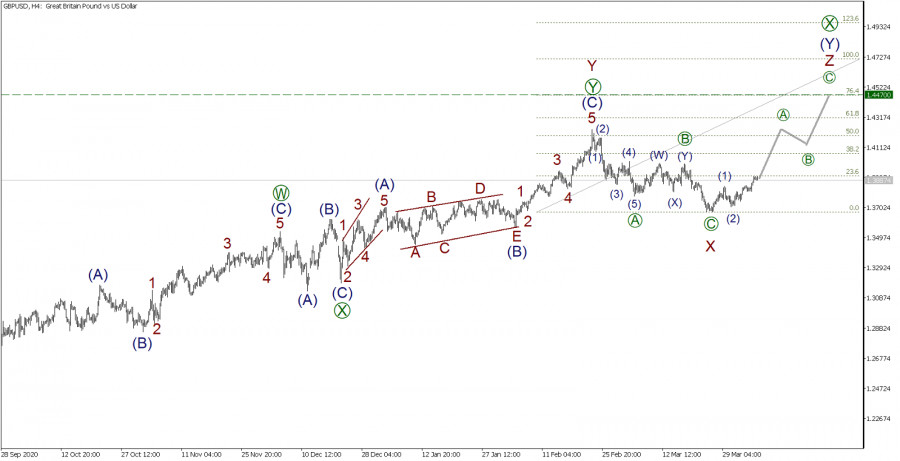 Today, let’s consider the current situation of the pound/dollar pair.

There is a high possibility that the large upward wave of the bundle [X] will continue its formation. Its final wave (Y) most likely takes the triple zigzag form W-X-Y-X-Z. Currently, only the first four parts are entirely done, while the last subwave Z is just starting to develop.

It can be assumed that wave Z will take the standard zigzag [A]-[B]-[C] form, whose approximate internal structure is shown in the graph.

It would be beneficial for the market to complete this figure around the level of 1.4470. At this level, the value of the Z wave will be 76.4% along the Fibonacci lines of the Y wave. Most likely, the specified coefficient will be achieved.

Now, let’s consider the marking of the initial part of the wave Z on the H1 chart. 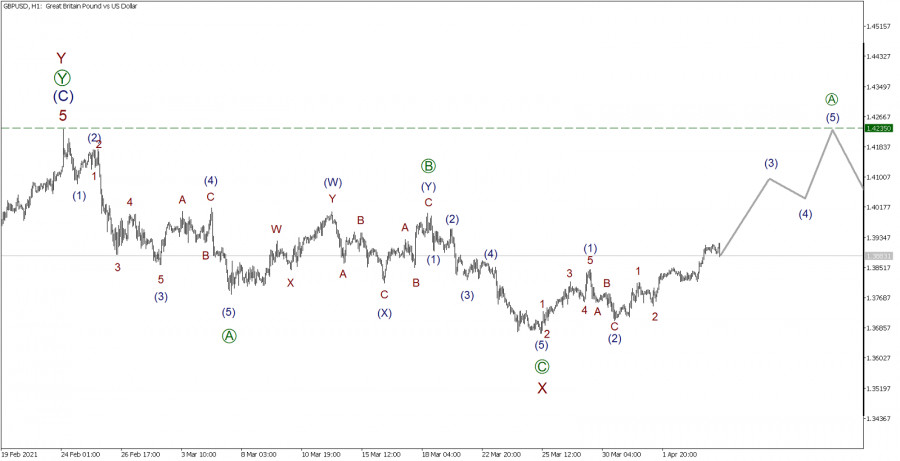 A bullish wave [A] is currently forming within the new active wave Z, which was discussed on the higher time frame. The initial part of wave [A] hints at an impulse structure. In this case, we can conclude that the entire wave [A] will be an impulse (1)-(2)-(3)-(4)-(5) in the future.

At the moment, only sub-waves (1) and (2), impulse and zigzag have been formed. Therefore, we can expect an increase in the currency pair towards the impulse (3) – (4) – (5) in the next few trading days.

It is possible that the entire wave [A] will end in the area of the level 1.4235. This is the previous high that was marked by the acting Y wave.

Based on the current situation, it is recommended to consider opening long positions in order to take profit at the end of the impulse wave [A].