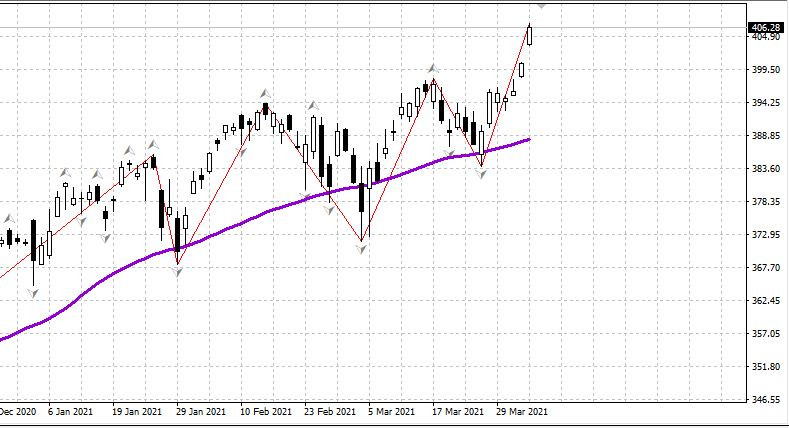 The US stock market rose strongly yesterday due to better-than-expected reports on the US economy and the new spending plan of President Joe Biden.

As mentioned above, all this is due to the strong ISM report on the US service sector, which indicated that activity reached 63% last March, well above the forecasted 59%. The industrial sector, on the other hand, saw some halt because orders fell by 0.8% last February.

In any case, the overall outlook was positive because Biden launched his new program, which amounts $ 2.2 trillion.

As for the Asian markets, they declined this morning even though economic indicators were also better than expected. Japan indices fell by 1%, while China indices slipped by 0.6%

US Treasury yields are currently holding at 1.7%.