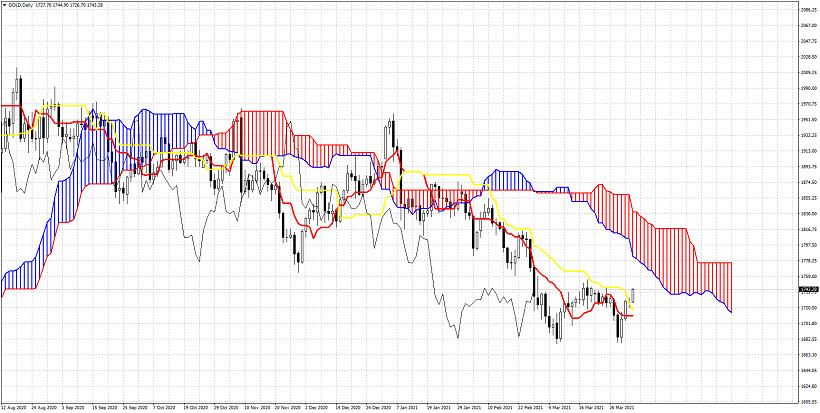 Gold price has broken above the kijun-sen (yellow line indicator) in the Daily chart. Support by the kijun-sen and the tenkan-sen (red line indicator) is at $1,711-20. As long as price holds this support we expect a test of the cloud resistance at $1,780. If Gold price breaks out of the cloud, then we could expect a bigger trend reversal. Failure to stay above $1,710 will be a bearish sign that could bring price back to $1,680.The material has been provided by InstaForex Company – www.instaforex.com