USDJPY has broken the short-term bullish channel it was in. Price is pulling back as Dollar is weak for the second consecutive session. USDJPY is vulnerable to a pull back towards the previous consolidation zone at 108.35-109.15. 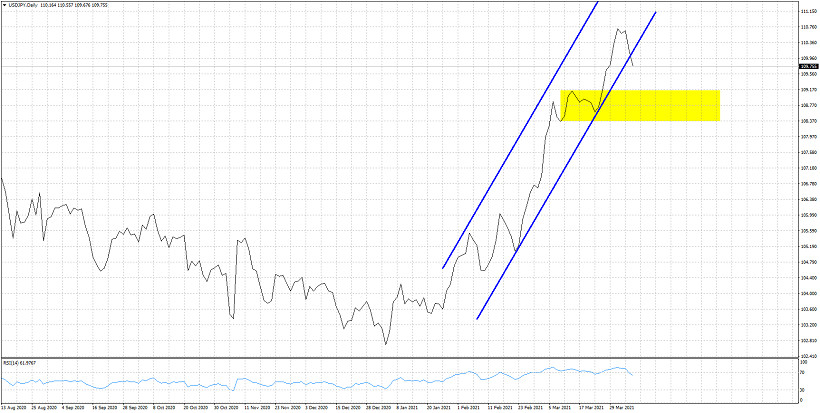 Trend remains bullish as price has not broken the sequence of higher highs and higher lows yet. Price is expected to pull back towards the yellow rectangle area which is short-term support. Resistance is at 110.55 and a break above this level could push price towards 111.60 and 112.15 which are the next major resistance levels. The 108 price level is also the 38% Fibonacci retracement level of the move from 103.35. This is key trend change level. Bulls do not want to see a pull back below this level.