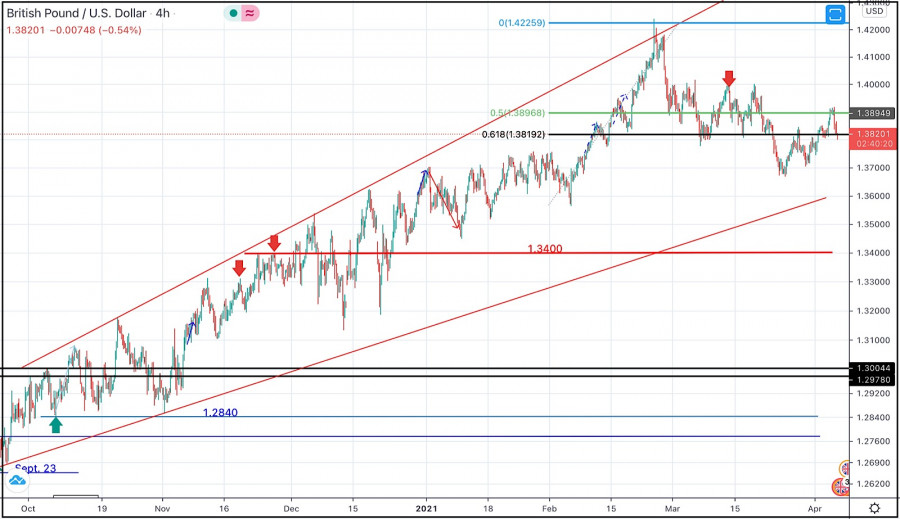 Short-term outlook has turned into bearish after the GBP/USD pair could maintain movement below the price zone of 1.3820-1.3900 which corresponded to (61.8%-50%) Fibonacci zone. The current bullish trial for retesting should give a valid SELL Entry.