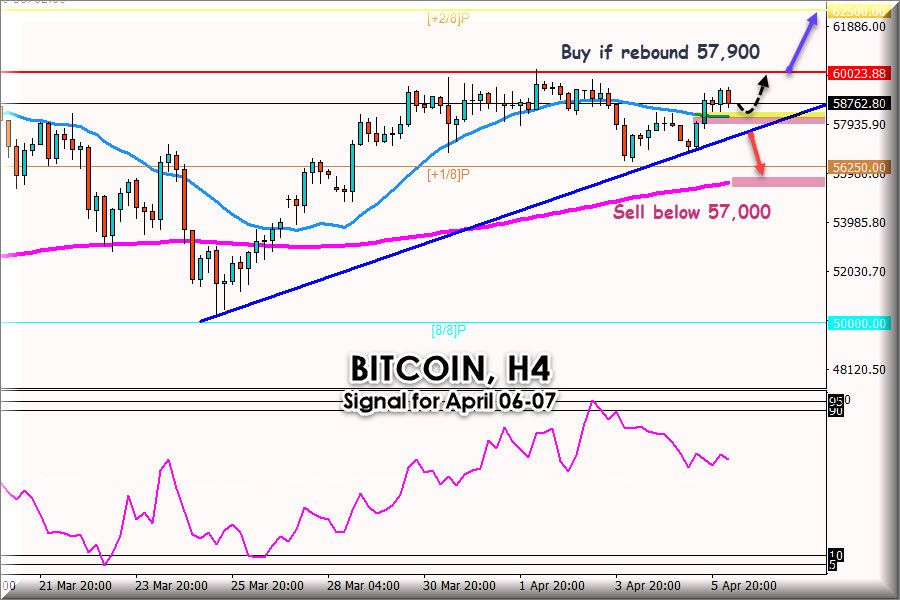 BTC / USD, in 4-hour charts, is consolidating above the SMA of 21 and below the strong resistance of 60,000, psychological level.

In view of the fact that it has been trying to consolidate above 60,000 several times and has not been able to achieve it, now it has the dynamic support of 57,900 there is the SMA of 21, which could give it a strong bullish impulse and take it to the resistance zone of +2/8 of murray around 62,500.

On the other hand, a consolidation below the 21 SMA and the break of the 4-hour trend channel could accelerate the BTC decline, and exert pressure up to the 200 EMA around 55,800.

Also, a break in the 4-hour charts, below the 200 EMA, could change the scene and fall to the psychological level of 50,000 there is strong weekly support.

Our recommendation is to sell below the SMA of 21 because the eagle indicator is showing an overbought signal and there could be a downward correction of Bitcoin in the next few hours.