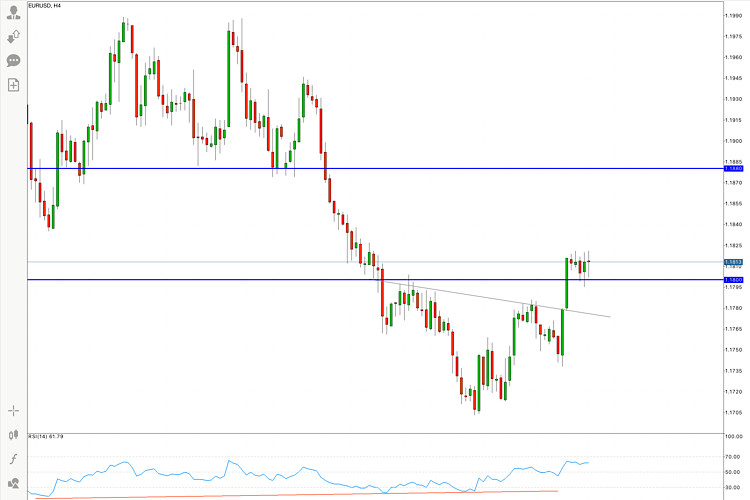 EUR/USD is trading at around 1.18, off the highs as the safe-haven dollar benefits from concerns about a Chinese credit curb and uncertainty related to US stimulus. The eurozone Sentix Investor Confidence Index beat estimates with 13.1 points in April.

EUR/US’s upside momentum seems to have faltered around the 1.1820/25 band on Tuesday. In spite of the bounce seen at the beginning of the week, it seems sellers remain in control of the price action, leaving the pair vulnerable to another bearish move in the near-term.

However, from a technical perspective, a convincing surpass of 1.1840 could see gains accelerate to the next hurdle of relevance in the 1.1880 area. While the short-term stance for EUR/USD is expected to remain negative.