Eurozone April Sentix investor confidence 13.1 vs 6.7 expectedPrior 5.0A solid beat in the headline reading, jumping to its highest since August 2018. This reaffirms the more upbeat mood surrounding economic expectations moving forward.We’ll see how the vaccine rollout progresses in the coming months though to be sure but a Bloomberg report just out says that the EU is projecting near-virus immunity by the end of June, superseding its initial target estimate by the summer (end July). 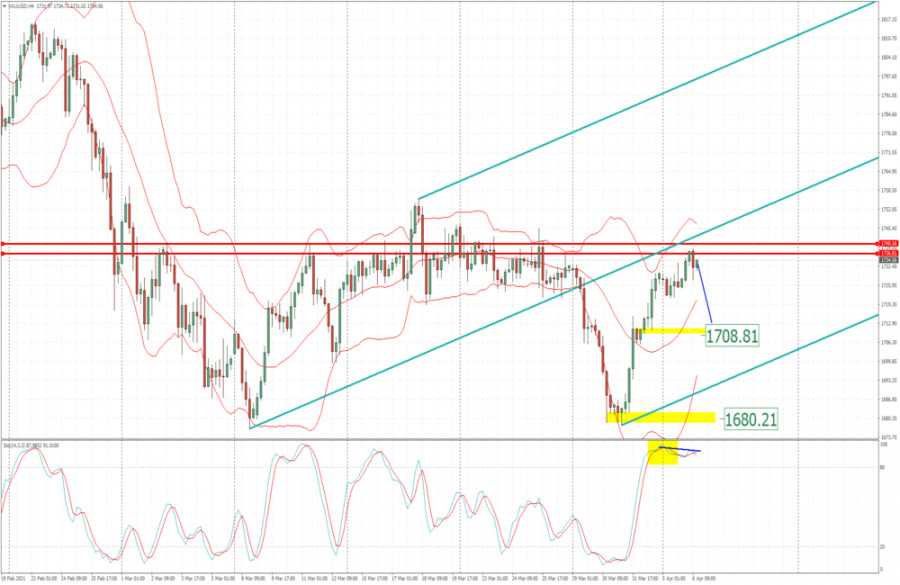 Analyzing the current trading chart of Gold, I found that there is the bearish divergence on the momentum oscillator, which is sign that there is potential for downside rotation.My advice is to watch fro selling opportunities on the rallies with the downside targets at $1.708 and $1.680.Pitchfork channel middle lane is another good resistance for Gold…