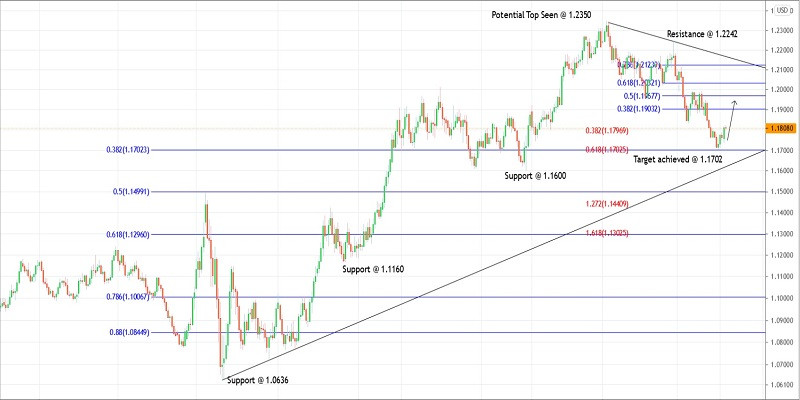 EURUSD has inched higher as discussed earlier and print highs around 1.1820 today. Please note that potential remains for the rally to continue towards 1.1900 mark at least, before facing some resistance. The recent boundary which is being worked upon is between 1.2242 and 1.1700 and note that fibonacci 0.382 passes through 1.1905 to provide resistance.

The counter trend rally might extend through 1.1900 mark or could continue further towards 1.2050 levels, which is fibonacci 0.618 retracement of the above recent boundary. Either way, bears might be poised to push prices lower towards 1.1600 levels either from 1.1900 levels or after hitting 1.2050 levels, going forward.