Latest data released by Eurostat – 6 April 2021Prior 8.1%; revised to 8.3%The euro area jobless rate keeps steady at 8.3% following the upwards revision to the January figure. After the initial spike higher from Q2 to Q3 last year, the unemployment rate has been keeping steadier in general; though furlough schemes are messing with things. As such, it is tough to extrapolate much meaning from the report above.Further Development 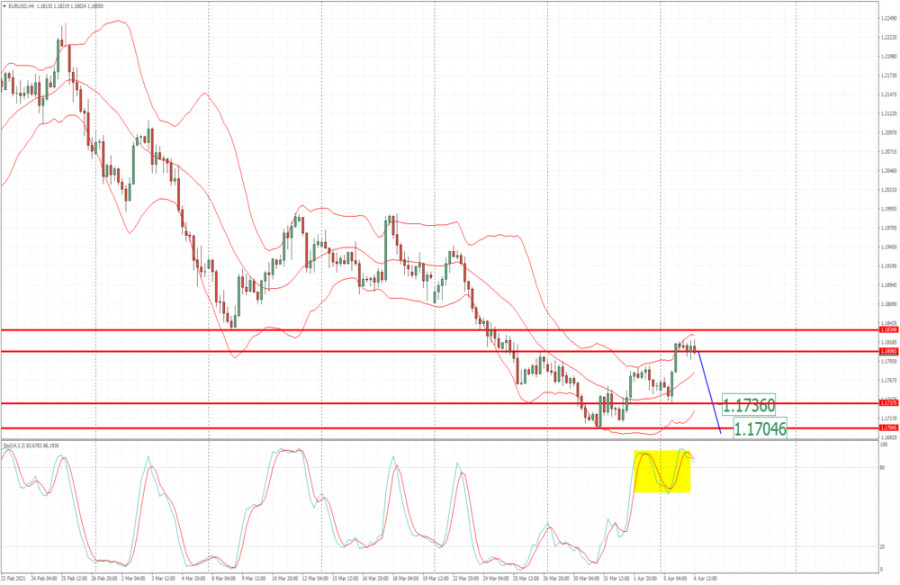 Analyzing the current trading chart of EUR/USD, I found that the buyers got exhausted today and the downside continuation of the trend can be in play.My advice is to watch for selling opportunities with the downside targets at 1.1735 and 1.1700.Stochastic oscillator is showing overbought condition, which is another sign for the downside rotation… Major short term resistance is set at 1.1835