AUD/USD rebounded in the short term as the USDX slipped lower punishing the greenback. The bias remains bearish despite the most recent bounce back. The price could test and retest the immediate resistance levels before dropping deeper.

Aussie drops after the RBA and it could lose significant ground versus the USD if the Dollar Index starts increasing again after the current retreat. The Reserve Bank of Australia maintained the Cash Rate steady at 0.1%.

Unfortunately, the dovish sentiment signaled by the RBA could force AUD/USD to decline again. 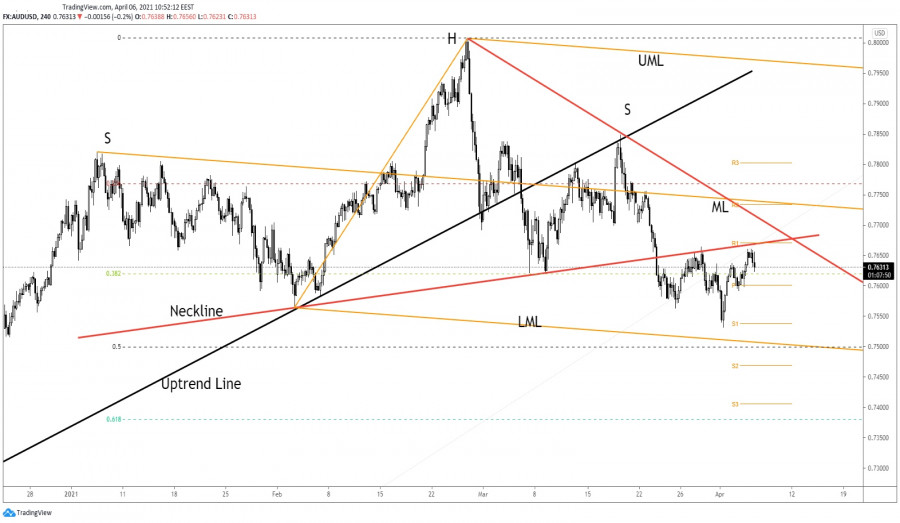 AUD/USD found support right on S1 (0.7539) and now is trading below the R1 (0.7670), downtrend line, and under the H&S neckline indicating that the rate is still under selling pressure.

Dropping again below the pivot point (0.7601) level and staying there could bring a new selling opportunity. Technically, we could search for a long opportunity only if the price makes a valid breakout above the red downtrend line.

Personally, I believe AUD/USD is in a neutral zone. So, we have to wait for a drop and close below the pivot point and under 0.7592 before selling with a first target at the S1 (0.7538).