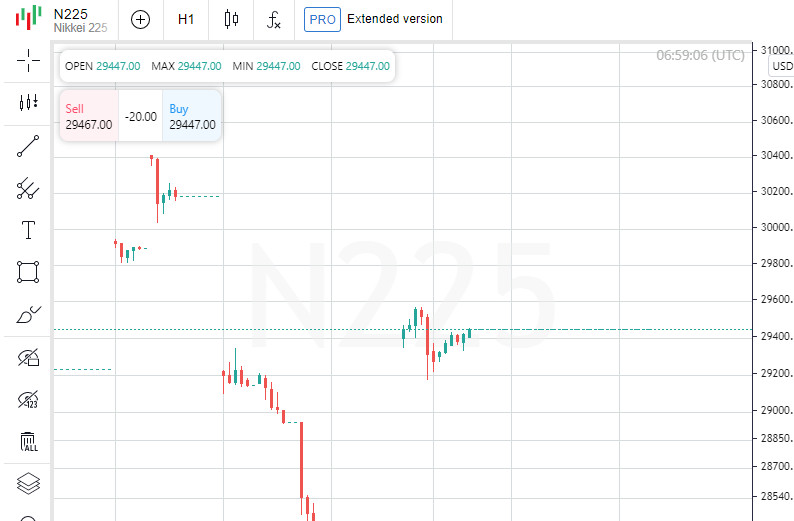 Similar new outbreaks are being reported in other countries, including India and Thailand.

Meanwhile, the growth of the US stock market had a certain positive impact on investor sentiment. The Dow Jones Industrial Average and S&P 500 ended the session at record levels after the publication of a series of statistics that increased hopes for a quick recovery of the country’s economy after the pandemic.

Consumer spending in Japan fell 6.6% in February from the same month last year due to cuts in spending on food, clothing, transportation and entertainment. The decline was recorded for the third month in a row and exceeded the average forecast of analysts in 5.3%.

The Chinese index Shanghai Composite by 8:34 GMT + 2 fell by 0.15%. Trading in Hong Kong is closed due to the public holiday.

China’s Purchasing Managers’ Index (PMI) by Caixin Media Co. and Markit, in March, peaked in three months. The indicator rose to 54.3 points from 51.5 points a month earlier. Experts on average expected it to rise to 52.7 points.

A PMI reading above 50 points indicates an increase in activity in the sector. The index has surpassed this mark for 11 consecutive months.

The consolidated PMI rose to 53.1 points in March from 51.7 points in the previous month, the highest level since December last year. Analysts had forecast 52.8 points.

The market value of one of the world’s largest chip manufacturers, Samsung Electronics Co. rose 0.6%, while the value of the carmaker Hyundai Motor fell 1.5%.

The Reserve Bank of Australia kept its base rate at a record low of 0.1% per annum following the April meeting, as most experts and economists expected. The Central Bank confirmed its intention to adhere to an ultra-soft monetary policy until at least 2024.

Also on Tuesday, ANZ released data showing that the number of job advertisements in March rose by 7.4% from the previous month and reached a 12-year high of 190,542. The indicator showed growth for the tenth month in a row.

Capitalization of the world’s largest mining companies BHP and Rio Tinto increased by 0.4% and 0.2%, respectively.