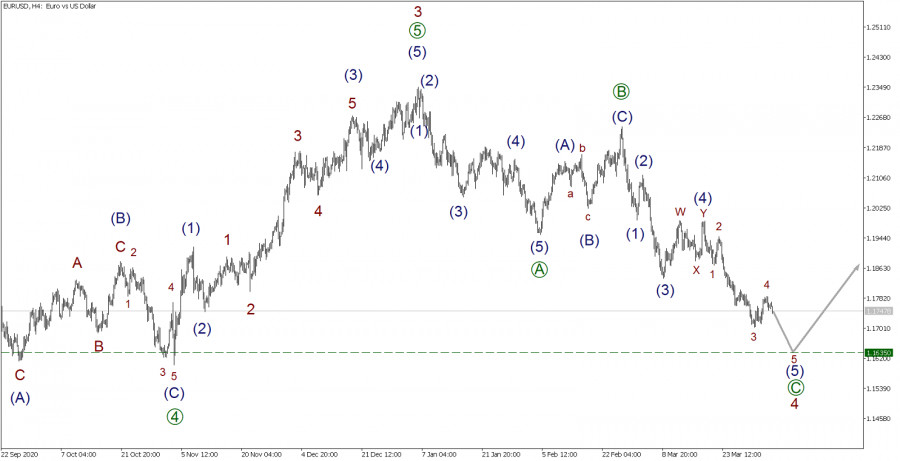 Initially, the EUR / USD market was bullish, but as soon as wave 3 ended, the bears pushed the euro down, thereby forming a corrective wave. This bearish wave 4 has a simple zigzag formation: [A] – [B] – [C], and its final impulse, wave C, is nearing its end. 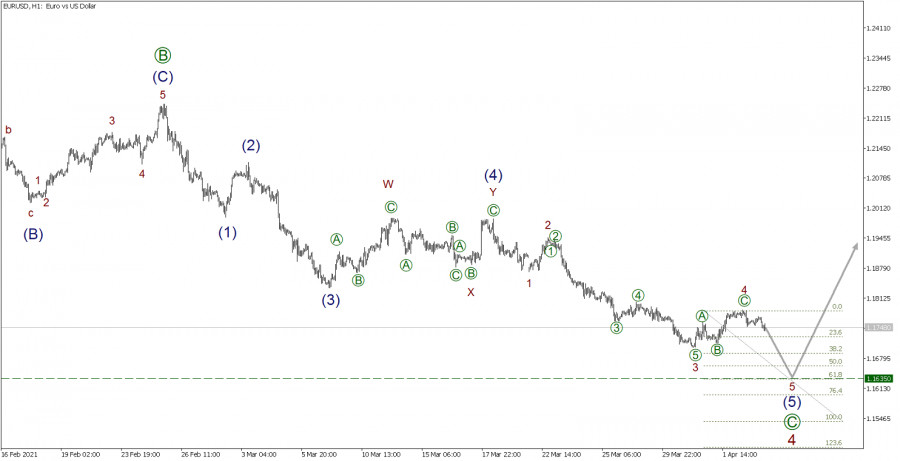 Its structure can be seen more clearly in the H1 time frame, as there it has taken a double zigzag formation: W-X-Y.

And after the euro completes this correction, wave 5 will most certainly begin, which should also be bearish. Here, the quote will most probably head to 1.1635, which is equal to 61.8% Fibonacci of wave 3.

Taking this into account, it is obvious that we should short the euro in order to get huge profit from the market.