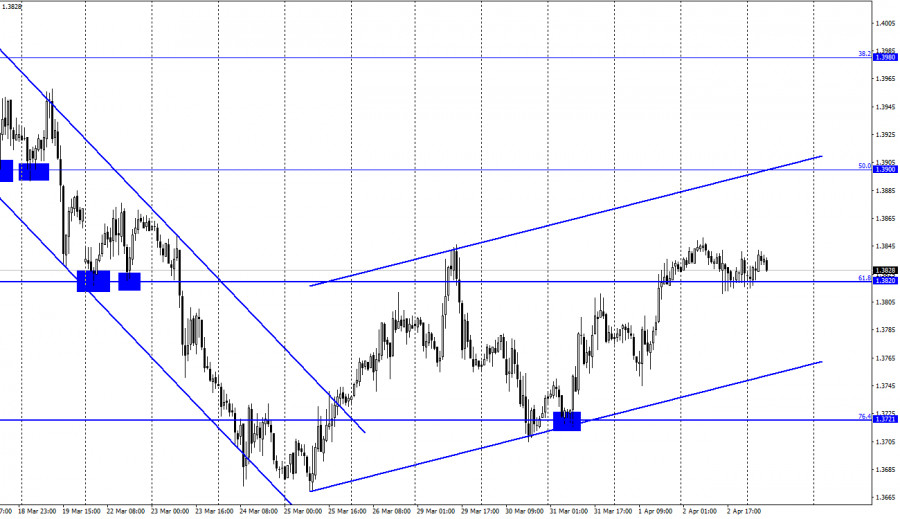 According to the hourly chart, the quotes of the GBP/USD pair consolidated above the corrective level of 61.8% (1.3820). Thus, the increase can now be continued in the direction of the next corrective level of 50.0% (1.3900). Closing the pair’s exchange rate at the level of 61.8% will work in favor of the US currency and start falling in the direction of the lower border of the upward trend corridor, which at this time keeps the mood of traders “bullish”. The information background for the pound is now as neutral as possible. In the sense that there is no new high-profile news right now. The country continues to undergo high rates of vaccination of the population, which gives hope for accelerating the pace of economic recovery after the crisis. There are also good reasons to expect that the victory over the coronavirus in this country will be one of the first in the world. At the moment, more than half of the adult population has already been vaccinated. However, in the UK, there were also several dozen cases of thrombosis after the use of the AstraZeneca vaccine. It should be noted that AstraZeneca is a vaccine of British-Swedish production and earlier Prime Minister Boris Johnson actively defended it from the attacks of the authorities of European countries. However, as it turns out a few months after the start of vaccination, in the UK, there have also been cases of thrombosis and death of the patient after the use of this vaccine. However, scientists have not yet been able to establish a link between the use of the vaccine and the appearance of blood clots. Also, the probability of blood clots after the use of AstraZeneca is very small. Just 30 cases for more than 10 million vaccinations. However, no one knows how the side effects of the vaccine will manifest over a longer period. 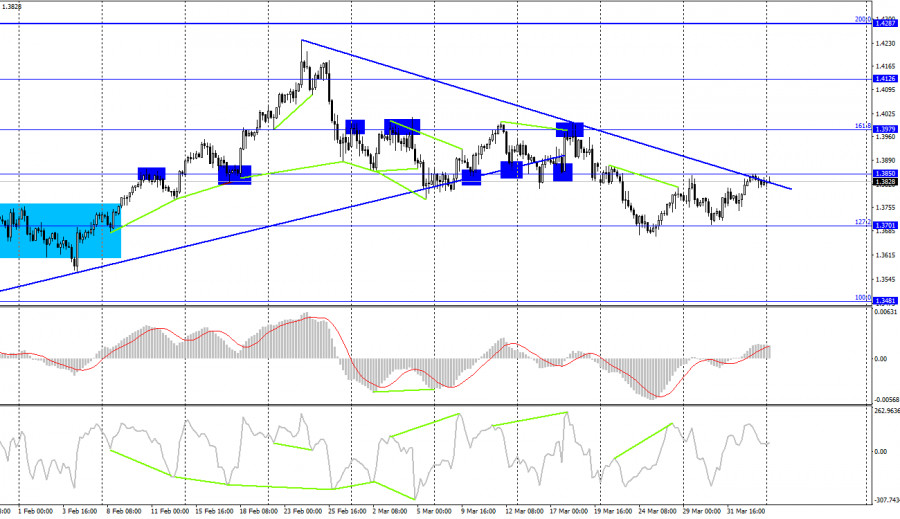 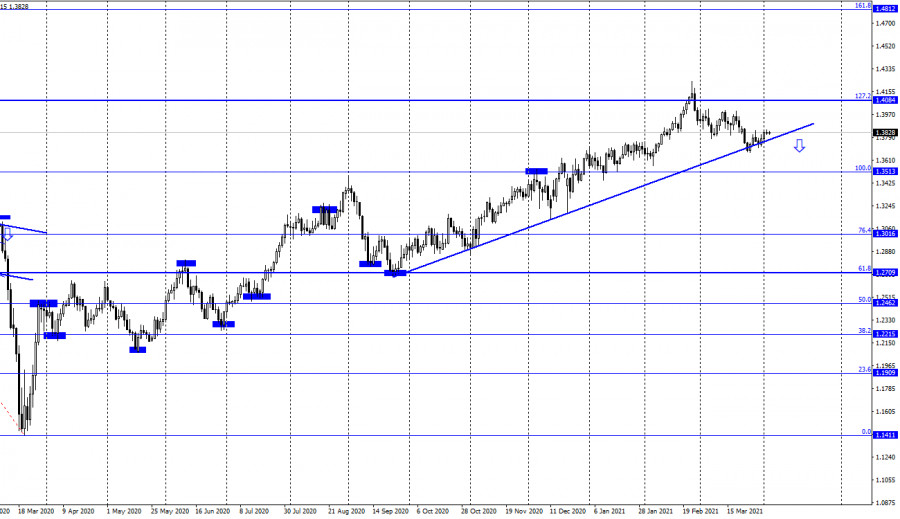 On the daily chart, the pair’s quotes rebounded from the upward trend line. Thus, in the long term, the “bullish” mood of traders remains, but at any time the bears may make a new attempt to close under the trend line. 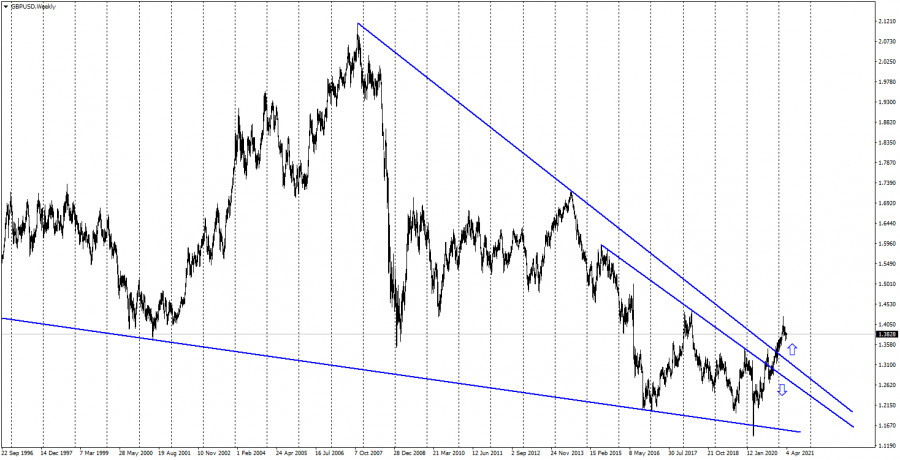 On the weekly chart, the pound/dollar pair completed a close over the second downward trend line. Thus, the chances of long-term growth of the pound remain.

There were no major events or economic reports in the UK on Friday. And the statistics from America did not cause any emotions among traders.

On Monday in the UK, the calendar of economic events is again empty. But in the US, a fairly important report will be released again – the ISM index. 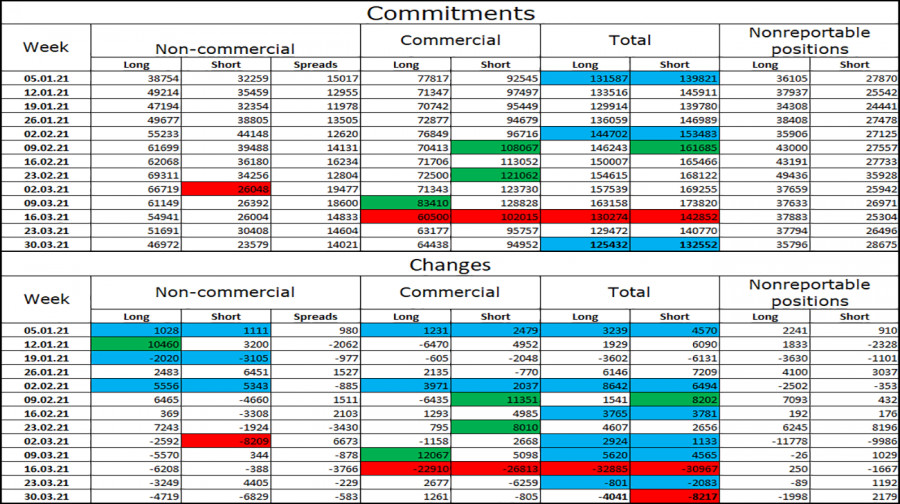 The latest COT report from March 30 on the British pound showed a newly discovered reluctance of major players to deal with the pound. The “Non-commercial” category of traders closed 4,719 long contracts and 6,829 short contracts during the reporting week. If you look closely at the data from the table, it becomes clear that throughout March, speculators actively closed long contracts. Thus, if the report for February 23 showed a two-fold difference between the total number of long and short contracts for speculators, now the numbers have decreased, and the two-fold difference remains. Thus, the “bullish” mood remains, and the pound actively shows a desire to start new growth.