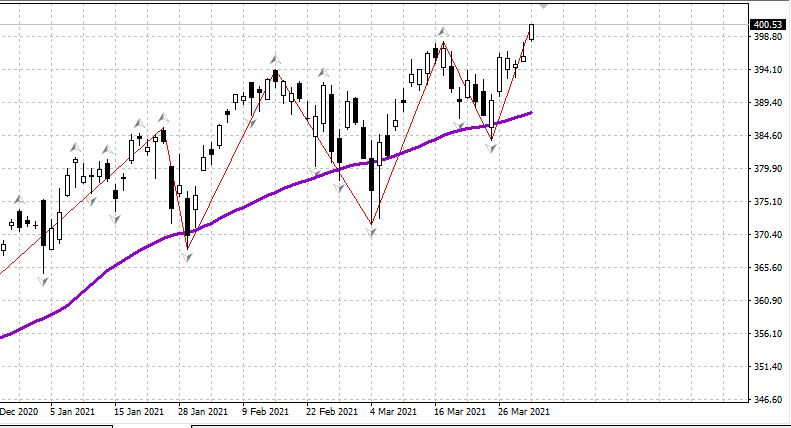 Markets are resuming work today after the long weekend. It might even continue the bullish move it showed last week, when the S&P 500 index hit new highs and closed above 4000 amid the new long-term economic plan launched by US President Joe Biden.

This new program is worth $ 2.2 trillion and should last at least 8 years. Its main target is to pump the US with money, but at the expense of higher taxes. That being said, GOP Senators are very much against it, so there is little chance that this bill will pass in its original version.

In any case, the US economy is recovering steadily. The employment report for March came out very strong, indicating that the unemployment rate fell from 6.2% to 6%. Apparently, 650,000 new jobs were created last month.

Asian markets are also on the rise, with China indices increasing by about 1%, while Japan indices climbed by 0.85%.

All in all, current stock prices are very high, so investors are expecting a market correction soon.