Bitcoin has lost its place from the spotlight to Ethereum and XRP, but technical analysis shows us a promising bullish pattern that implies a possible Bitcoin target of $69,000. Bitcoin is forming an inverted head and shoulders pattern with the neckline resistance at $59,900-$60,000. 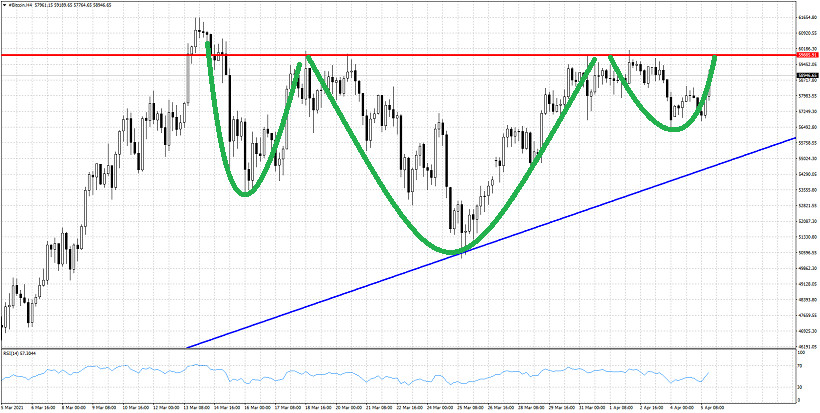 Bitcoin has formed a bullish pattern. This pattern gets activated if price breaks above the red neckline resistance and stays above it. Support is at $56,450 and a break below it will cancel this pattern. 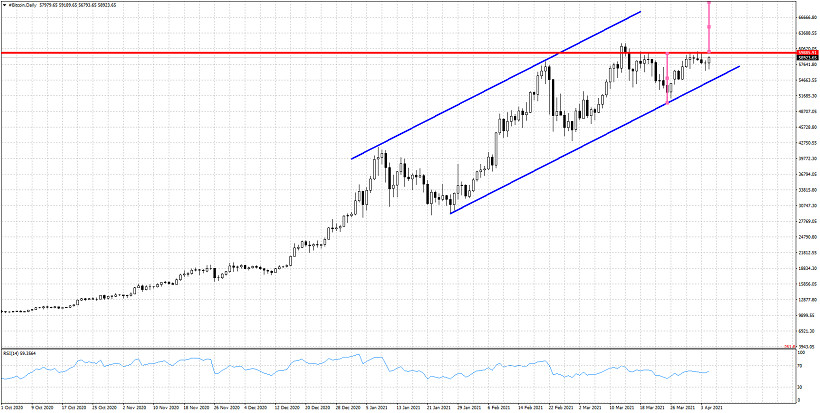 BTC/USD remains inside the bullish channel. Breaking out of the channel will be a bearish sign and could bring price towards $40,000. Until then trend remains bullish and with the inverted head and shoulders pattern in play, we could even see Bitcoin reach $69,000.