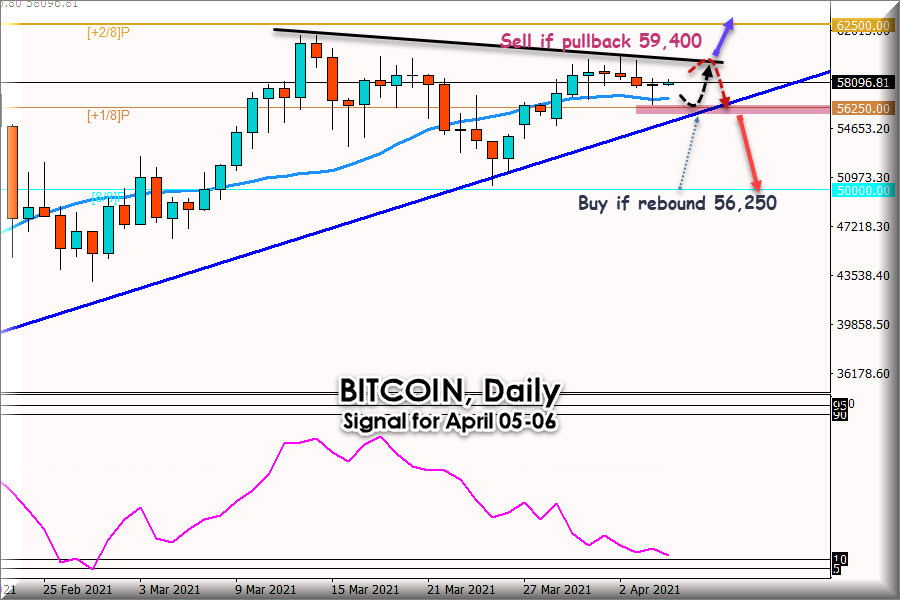 The eagle indicator on daily charts is showing a bearish signal, and the
failure to break above its high of 61,631 shows that the bears are
aggressively defending the 60,000 resistance zone.

If bitcoin manages to stay above the psychological level of 60.00, the
bulls will manage to push the price above this zone, giving rise to
strong bullish momentum, pushing the BTC/USD pair towards the 70,000
level.

On the other hand, if the market declines and breaks the daily bullish
trend channel, it is likely that there will be a downward movement to
the 50,000 support zone.

This is important support to watch out for, because a break below this
value will indicate a possible short-term trend reversal.

Our recommendation is to sell below 56,250, given that there is the SMA
of 21 and +1/8 of murray and both levels for now are giving strong
support to BTC.