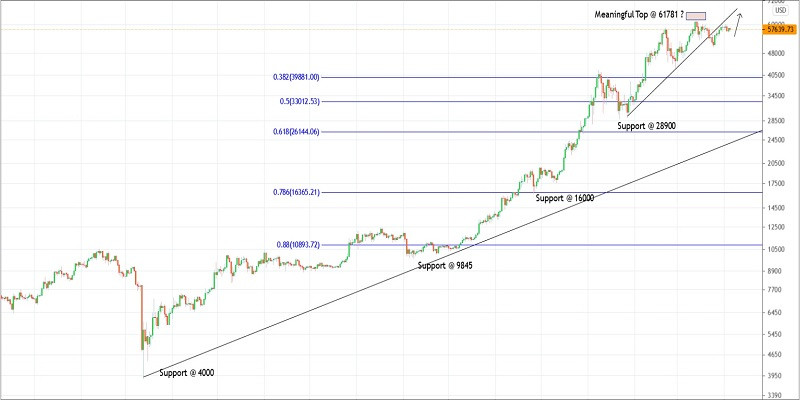 Bitcoin remains poised to head higher above $61,780 mark going forward but probabilities remain for a drop towards $54,000 levels first before resuming higher again. The crypto had dropped through $56,400 levels yesterday and might be vulnerable for yet another dip towards $54,000, which if fibonacci 0.618 retracement of the recent rally between $50,390 and $60,000 respectively.

Bitcoin is seen to be trading around $57,700 levels at this point in writing and remains poised to complete the correction by dropping through $54,000 mark. The next upside target could be seen above $65,000 levels in the next several weeks. Immediate price support is seen at $50,000, while resistance comes in at $62,000 levels respectively.