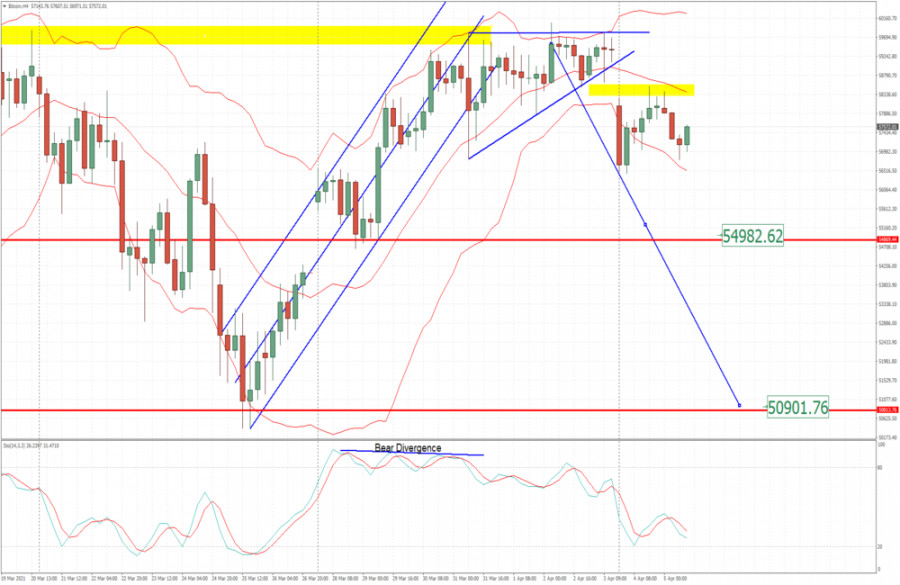 Analyzing the current trading chart of BTCd, I found that sellers are in control as I expected last week due to the breakout of the rising channel.

My advice is still to watch for selling opportunities on the rallies with the downside targets at $55.000 and $51.000.

Stochastic oscillator is near the oversold zone but with the fresh bear cross, which is sign that sellers are still active.