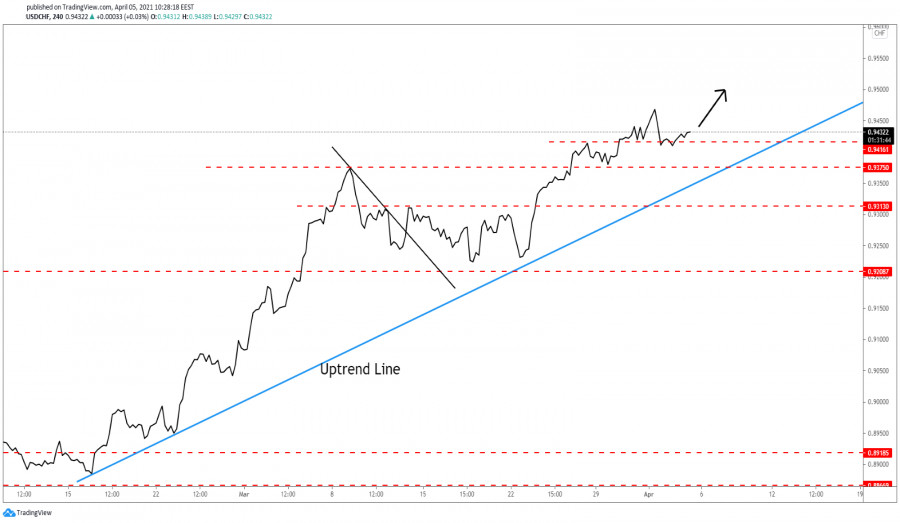 USD/CHF is trading at 0.9429 and it seems determined to resume its uptrend. You already know from my former analysis that the bias remains bullish, so the pair could approach and reach new highs anytime.

The price has decreased a little to test and retest the 0.9416 former high, support level. It has stabilized above this level and now it could jump higher again.

USD/CHF could move higher as long as it stays above the uptrend line. The current sideways movement could attract more buyers.

USD/CHF’s failure to stay below 0.9416 is seen as a buying opportunity with a first upside target at 0.9469 former high.