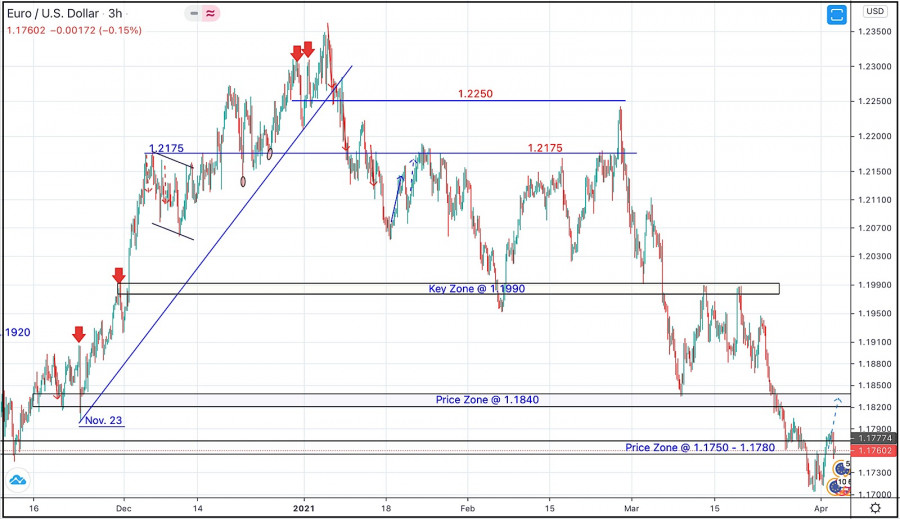 Intraday traders should be waiting for the current upside movement to pursue towards 1.1850 for a valid SELL Entry.