In spite of all the difficulties that Europe now has to deal with, the single European currency was able to demonstrate impressive results. Its growth began literally from the opening of the European session, and continued throughout almost the entire trading day. And the whole point is in the macroeconomic statistics, which presented a pleasant surprise. Although the preliminary estimate of the index of business activity in the manufacturing sector showed growth, the final data were slightly better. The index was supposed to grow from 57.9 to 62.4, but in fact, it rose to 62.5. But the most impressive car sales in individual countries of the euro area exceeded all the wildest expectations. So, in Spain, sales of new cars for the year increased by 128.0%, although they should have decreased by -26.0%. In France, instead of a decline of -6.3%, sales increased by 191.4%.

This is in annual terms. Largely because of this, the single European currency was able to demonstrate quite good growth. Another thing is that this very growth is nothing more than just an emotional outburst, which is not supported by anything. The PMI is virtually indistinguishable from preliminary estimates, and the impressive growth in car sales was only possible due to the low base effect. Just a year ago, strict quarantine restrictions were already in force in Europe, and then there was no need to think about any car sales. Moreover, restrictive measures are now being tightened again in Europe, while a new quarantine has been introduced in France. Ergo, sales will definitely go down. 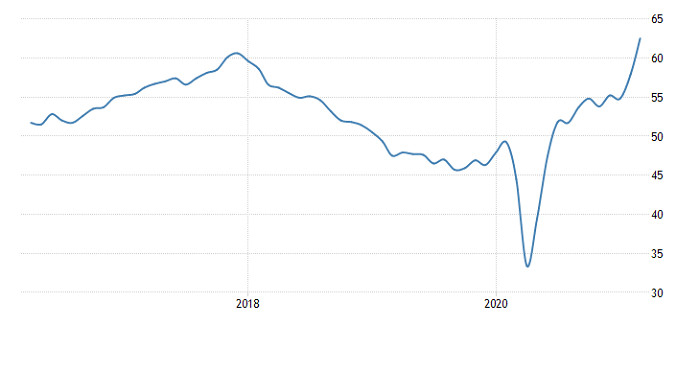 However, the US statistics contributed to the strengthening of the single European currency to some extent, as data on applications for unemployment benefits came out significantly worse than forecasts. Furthermore, the number of initial requests increased from 658 thousand to 719 thousand. We expected a decrease to 650 thousand. The labor market is still being revived, perhaps at a slightly slower pace, but still. Thus, the rise of the single European currency is solely due to emotions, and in fact it is not seriously substantiated by anything. 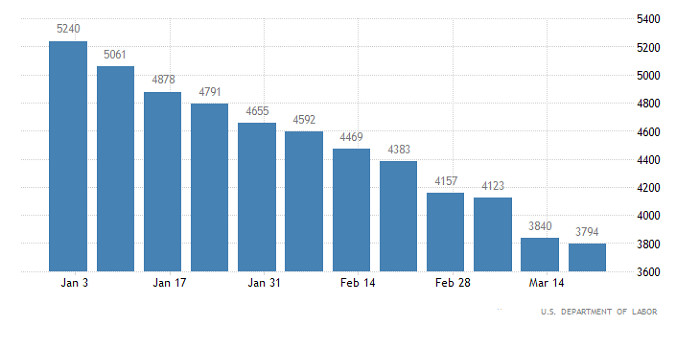 Today, stock exchanges in Europe and North America are completely closed due to the celebration of Good Friday. However, this does not negate the publication of the report of the United States Department of Labor. They will just play out its content on Monday. So what is expected from this very report? First, the unemployment rate should fall from 6.2% to 6.0%. Secondly, 680 thousand new jobs should be created outside of agriculture. In general, the labor market continues to exhibit just excellent results. Of course, if the forecasts are confirmed. The only thing that can probably be somewhat disappointing is the growth rate of average hourly wages, which should slow down from 5.3% to 4.7%. However, in the context of falling unemployment and job growth, some reduction in wages should not cause concern. This is in many ways perfectly normal. Thus, if the forecasts are justified, then Monday will begin with a strong growth of the dollar. 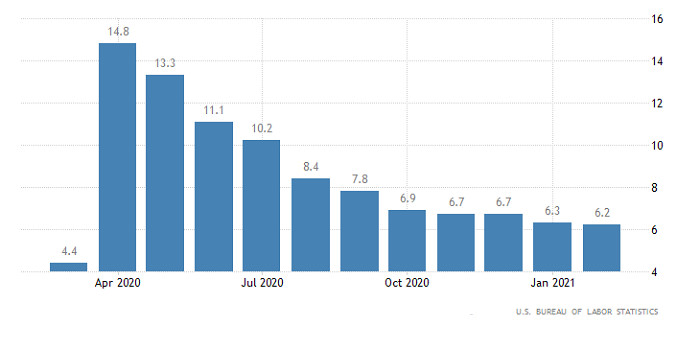 During the upward movement from the local low of 1.1703, the EUR/USD currency pair managed to return to the boundaries of the previously passed side channel of 1.1760/1.1805, within which it formed a stagnation.

Taking into account the previous day, the market dynamics has an average level, which is not considered a bad sign, since the scale of the movement is conducive to good trading.

If we proceed from the current position of the quote, the process of slowing down has moved to the stage of consolidation in the amplitude of 1.1769/1.1783.

Looking at the trading chart in general terms, the daily period, it will be seen that the existing upward turn does not violate the integrity of the downward course from the peak of the medium-term trend.

In this situation, it can be assumed that due to the absence of the main part of traders in the market, the quote will continue to be at a standstill, with the maximum possible amplitude of 1.1760/1.1805.

From the point of view of complex indicator analysis, it can be seen that the indicators of technical instruments on the minute and hourly periods have a variable buy/sell signal, due to the consolidation stage. The daily period, as before, is focused on selling, following the structure of the downward movement from the peak of the trend. 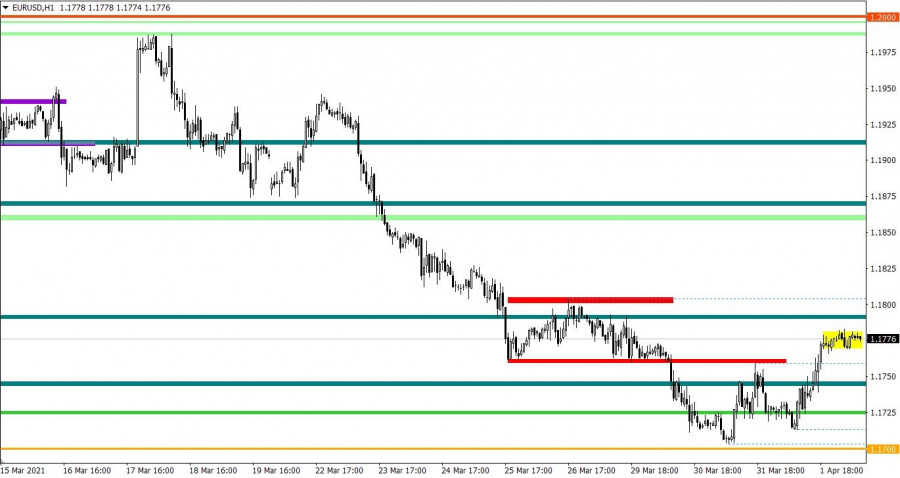