NZD/USD has not made any real progress to the upside or downside. Price is trapped inside a short-term trading range and has formed similar bearish flag patterns as before. The chances favor a downward break down towards 0.69 which was our first target since the bearish signal from 0.7120. 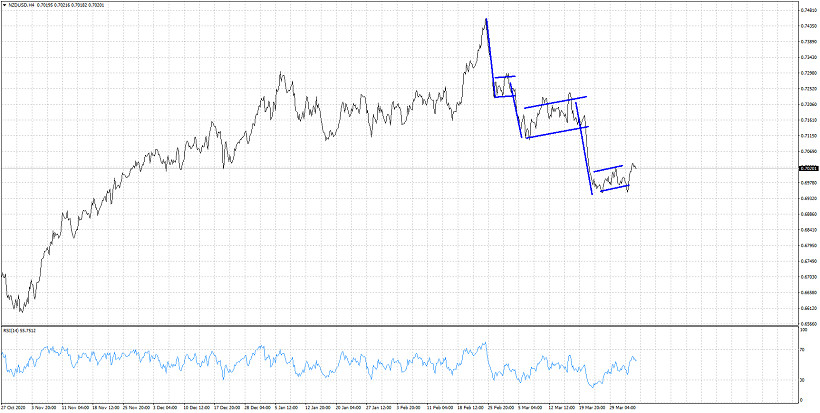 NZDUSD is making lower lows and lower highs combined with bearish flag patterns. Price move sharply lower, then consolidates. This pattern continues. There is no bullish divergence sign by the RSI and as price moves sideways, the RSI moves higher relieving the pressure from oversold levels. That is why we believe it is more probable to see another break down next week towards 0.69.