In our previous analysis on USD/CAD we warned bulls that a break below the wedge pattern would lead price lower towards 1.25. Price came very close to our target range by making a low at 1.2526. Price has formed a bearish short-term channel and we could see some more USD/CAD weakness early next week. 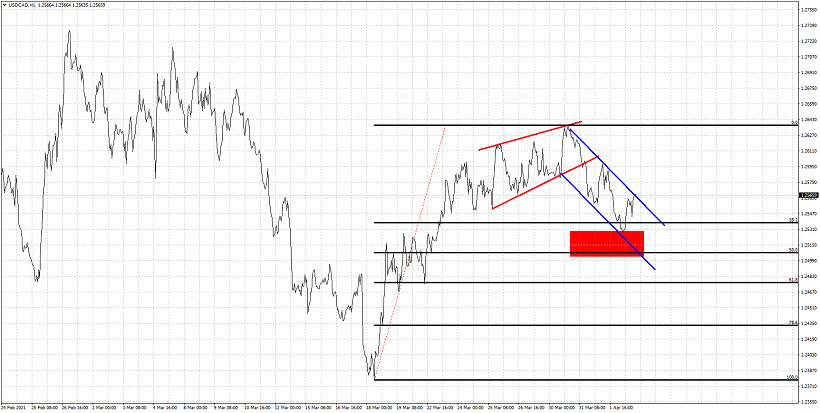 Price touched the upper red rectangle boundary of our target area and is bouncing. Price is making lower lows and lower highs in the 1 hour chart and as long as this is the case we could expect 1.25 to visited and why not broken. Resistance is at 1.2570 and next at 1.26. A move above 1.26 will signal that a higher low has been formed and the chances favor a move to new higher highs above 1.2635. Until then we continue to expect price to move lower against the Dollar.