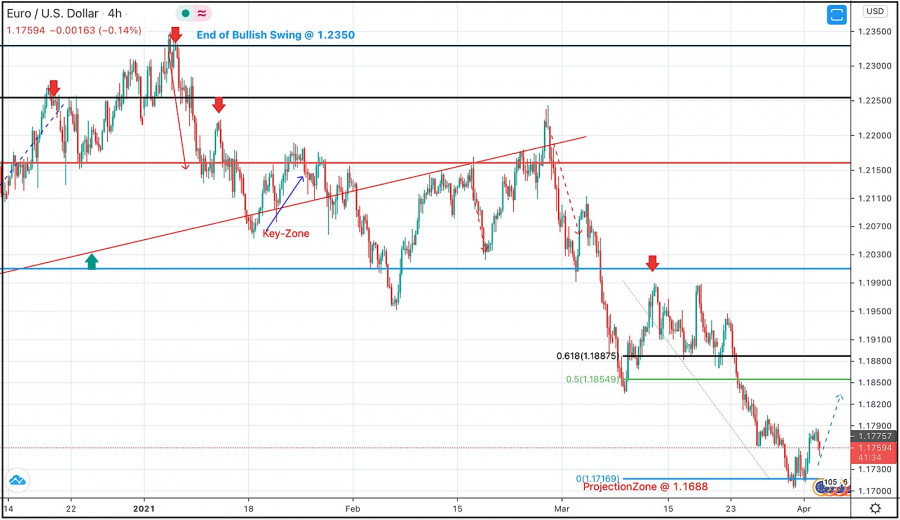 Around 1.1690, a high probability bullish trade could be taken around it, a bullish pullback should be expected towards 1.1850.

Any bullish pullback towards the price zone of 1.1850-1.1880 should also be considered for SELLING the Pair.