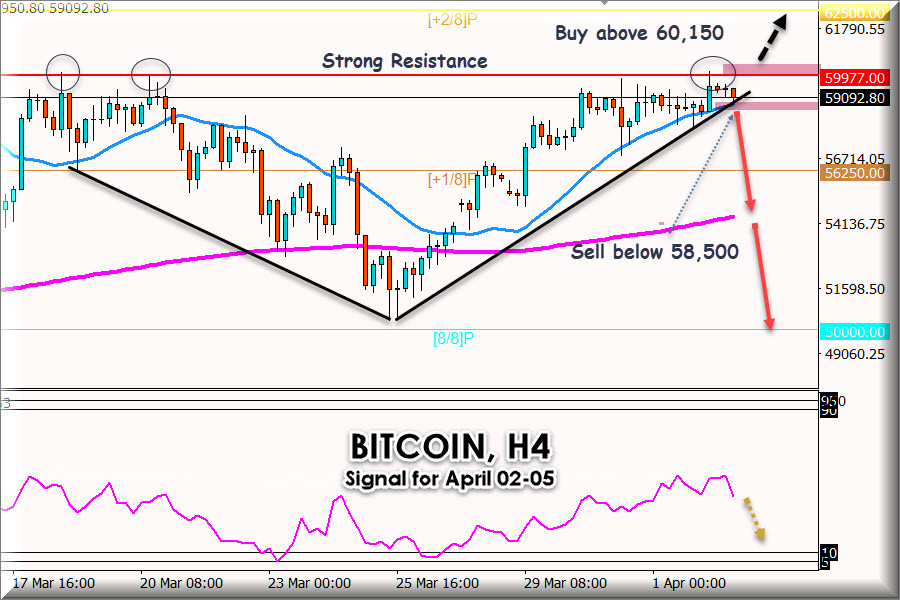 The Bitcoin on Friday is trading below the psychological level of 60.00, after having touched the resistance of 60.084, at this level the BTC has left a triple top, if a correction is confirmed it should trade below 58,500.

Since the Bitcoin, is above the SMA 21 and within its uptrend channel, it is likely that the upward force continue to prevail, and push it to the area of +2/8 Murray, located in 62,500.

Some analysts predict that Bitcoin this April could hit 100,000.

For example, the data analysis firm Ecoinometrics has the theory that Bitcoin (BTC) only takes a couple of months to double in price. To verify this, he developed a model that allowed him to compare the current growth trajectory of the value of the cryptocurrency with previous cycles starting from each halving.

Backing up this fundamental data with technical analysis, as long as BTC remains above the 21 SMA and 200 EMA, the medium-term outlook will continue to be bullish, hence the odds of BTC reaching 100,000 until the end of the year is not a far-fetched idea.