USD/CAD rallied in the last hours after reaching and retesting a broken downtrend line. Still, the pair may drop further if the USDX will resume its temporary decline.

As you already know, the US is to release the NFP, Average Hourly Earnings, and the Unemployment Claims. The economic indicators publication could bring high action and could be decisive for USD’s development in the short term.

The Non-Farm Employment Change is expected around 652K in March above 379K in February. The Unemployment Rate may drop from 6.2% to 6.0%, while the Average Hourly Earnings may increase by 0.1% versus 0.2% in the previous reading period. 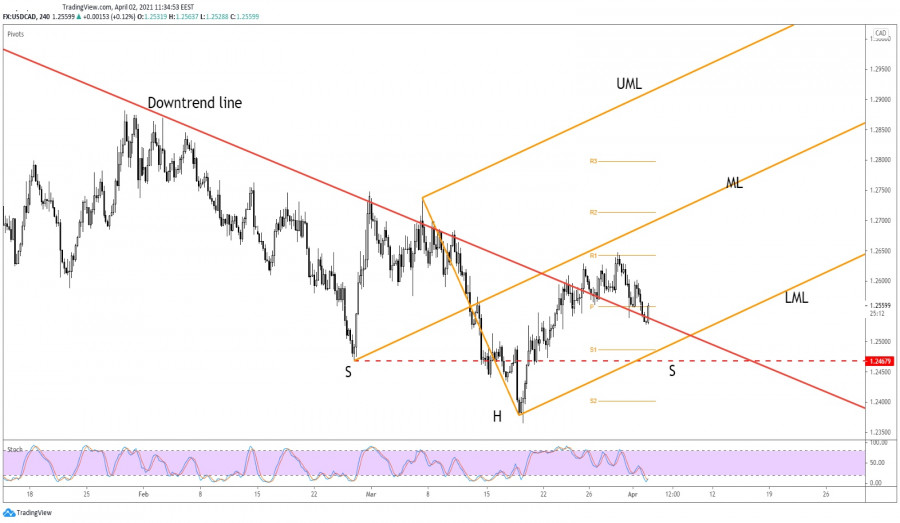 USD/CAD has dropped again to retest the buyers from around the downtrend line. Unfortunately, the rate failed to reach the median line (ML) of the ascending pitchfork signaling a bearish pressure in the short term.

We cannot exclude a drop towards the lower median line (LML) in the short term. The pair develops an Inverse Head & Shoulders pattern but the right shoulders it is not complete yet.

Personally, I believe that a long opportunity may appear if the rate registers a false breakdown with great separation below the downtrend line or through the lower median line (LML).