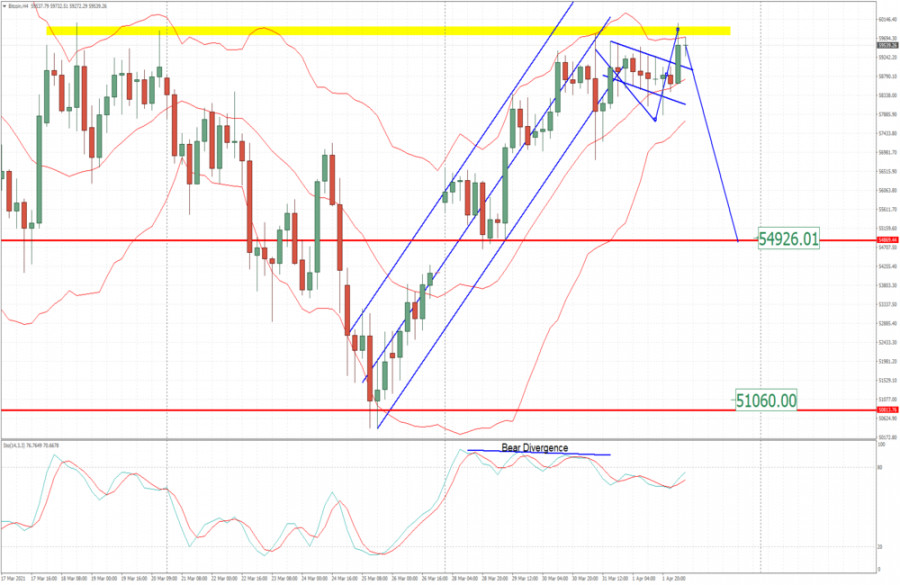 Analyzing the current trading chart of BTC, I found that major resistance is on the tes at the $60.000t and that there is the chance for the downside rotation towards $54.925 and $51.000.

My advice is to watch for selling opportunities on the rallies with the downside target at $55.000.

Stochastic oscillator is overbought, which is another sign of weakness…

Additiaonlly, there is the breakout of the rising channel in the background….