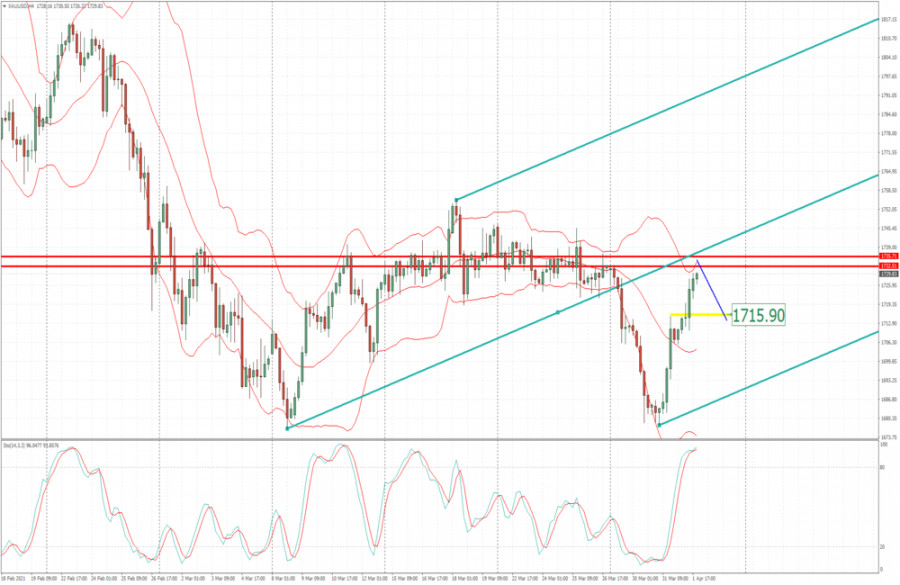 Analyzing the current trading chart of Gold, I found that buyers are in control but that there is strong resistance at the price of $1.732.

My advice is to watch for selling opportunities on the rallies with the downside target at $1.715.

Stochastic oscillator is overbought, which is another sign of weakness…

Pitchfork middle line is also on the test….