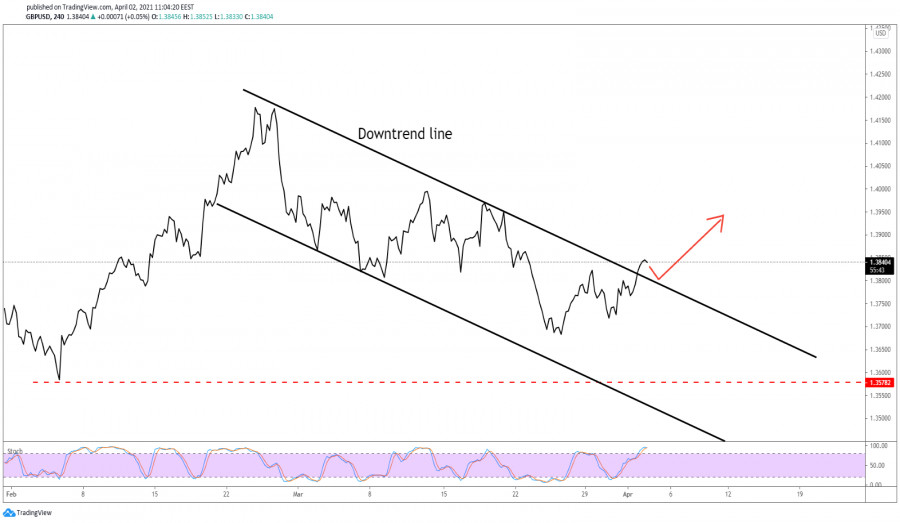 GBP/USD is trading at 1.3840 after escaping from the down channel. Its failure to approach and reach the down channel’s support, downside line, has signaled that the sellers are exhausted and that the buyers will take full control.

The breakout above the downtrend line indicates a bullish reversal in the short term. Still, the price could decline a little to test and retest the broken dynamic resistance before moving higher.

Buy GBP/USD if the rate stabilizes (test and retest) above the broken downtrend line and if the rate reaches 1.3860 level. The Stop Loss could be hidden below the former lows, below 1.3715, or under 1.3681.

The Take Profit could be placed around 1.4 psychological level or higher.