Bitcoin trades at 59,622 level and it tries to take out a strong resistance area to be able to approach 61,788 all-time high. The bias is bullish, so the price could extend its gains soon.

BTC/USD failed to validate a larger correction, so the crypto could resume its major uptrend, upwards movement. Technically, the price moves higher within an up channel, so the outlook remains bullish as long as it stays within this pattern. 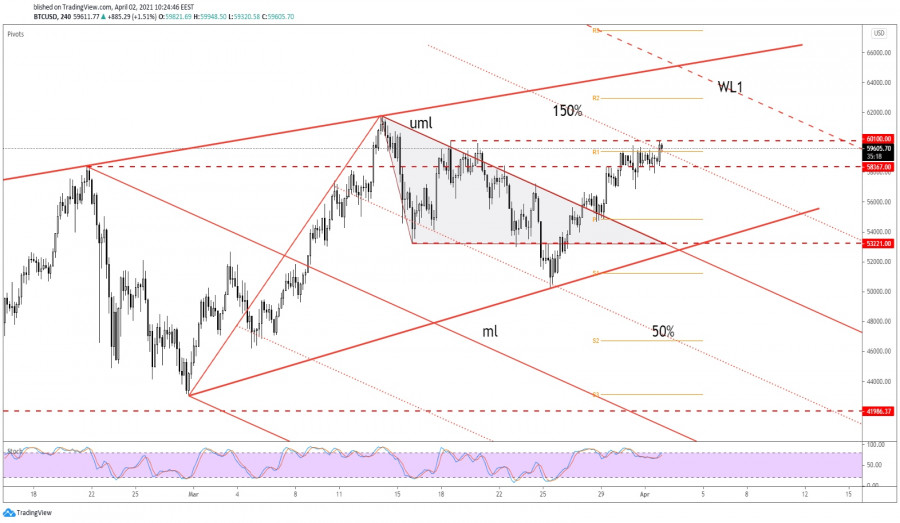 BTC/USD closed above the R1 (59,367) static resistance in the early morning signaling strong buyers in the short term. Now, 60,100 is seen as a strong resistance level, so only a breakout may signal a further increase.

The rate passes above the 150% Fibonacci line as well. Jumping, closing, and stabilizing above 60,100 could offer a new bullish signal.