Silver trades at 24.957 at it seems strong enough to approach and reach new highs. The price turned to the upside after reaching a strong support area. 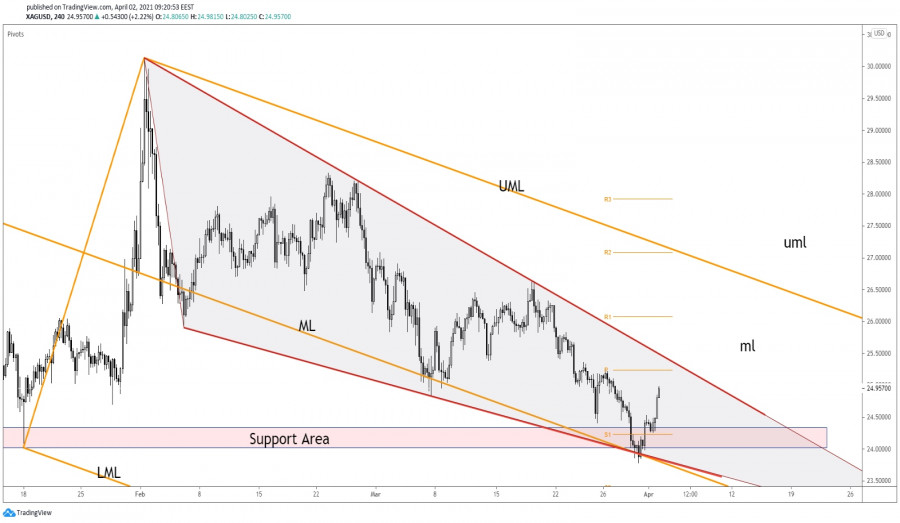 XAG/USD has found support right on the median line (ML) again and now it approaches the red downtrend line. As you can see on the H4 chart, the price has printed a potential major Falling Wedge pattern.

Technically, the immediate upside target is seen at the pivot point (25.238) level and at the downtrend line, falling wedge’s resistance. It’s hard to believe that the rate will continue to increase without registering a new decline.

Silver could decrease a little after this rally before escaping from the major Falling Wedge pattern. A new decline could help the buyers to catch a new upwards momentum.

A valid breakout above the red downtrend line could signal a larger growth and could bring a new long opportunity. Validating the Falling Wedge, Silver becomes a great buy again.

Also, a temporary decline after this aggressive rally could help us to buy it from the lows. Personally, I believe that silver could develop a new leg higher as long as it’s traded above the support area.