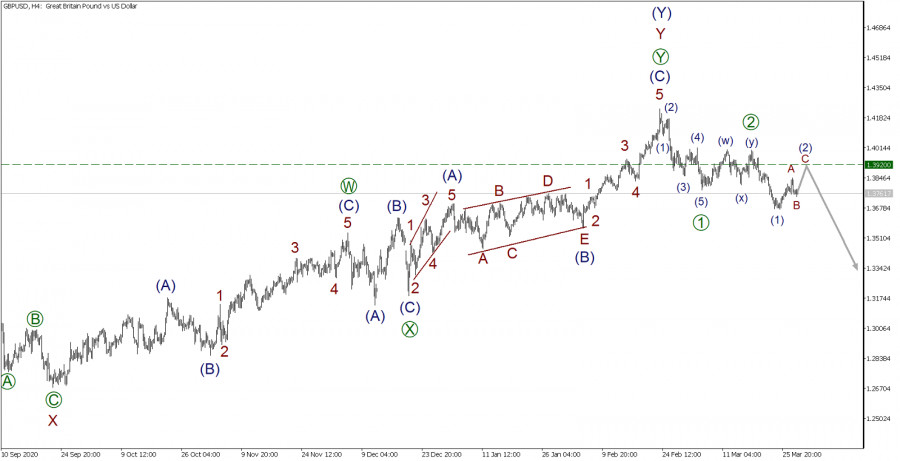 Today, let’s consider the current situation of the pound/dollar pair.

The formation of the initial part of a new bearish trend was observed on the last section of the H4 time frame. Until today, the market has successfully formed two small sub-waves: [1] and [2], which signals the beginning of a downward impulse wave. It is worth noting that wave [1] is an impulse, while wave [2] is a bullish double zigzag.

At the moment, the third wave is developing. Following the end of a small wave (1) in the form of an impulse, prices started to make a correction in wave (2). Now, let’s closely take a look at the details of this area in the hourly (H1) time frame. 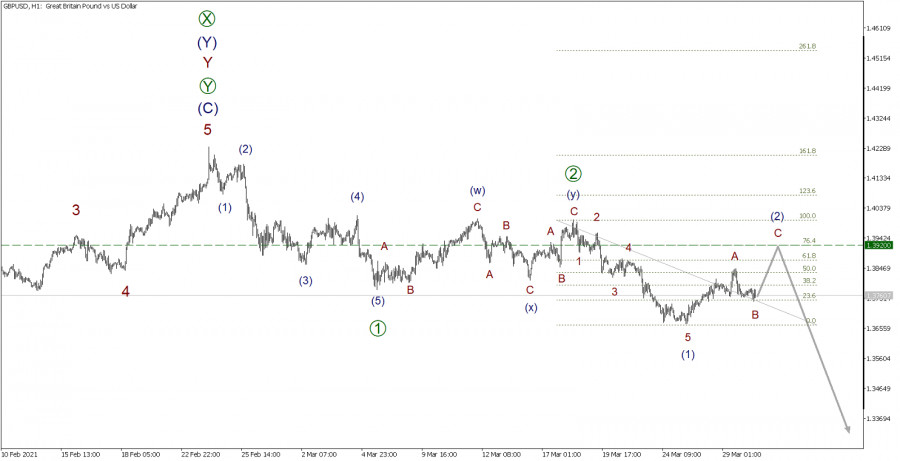 A fully completed downward wave (1), which consists of sub-waves 1-2-3-4-5, can be seen in this chart. After its end, the price started to make an upward movement.

Apparently, the market was already done forming the first two parts of the correction (2), which can take a simple A-B-C zigzag form. In particular, we are talking about waves A and B, impulse and zigzag correction.

Given that we have the right assumption and the bearish correction B is fully done with its pattern, the currency pair will most likely increase in the near future within the final impulse wave C. It is possible that wave C will end its correction (2) around the 1.3920 mark.

At this level, the value of wave (2) will be 76.4% along the Fibonacci lines of wave (1). There is a high probability that the indicated ratio will be achieved.