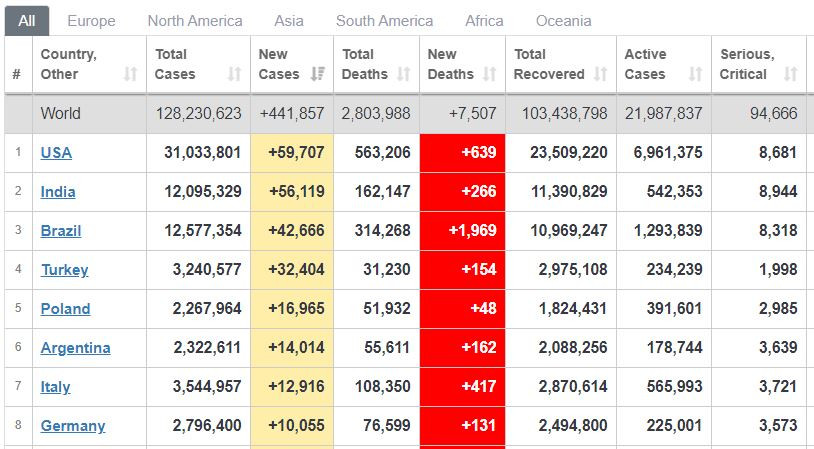 COVID-19 incidence increased again in the United States, hitting 59,000 (as of the morning of March 30) despite vaccination. In fact, earlier reports said that more than 100 million Americans are vaccinated already, and President Joe Biden has pledged that 200 million more will receive it by mid-May (this is 2/3 of the whole US population).

Meanwhile, everything remains bad in Europe. Obviously, there’s a massive outbreak in the Czech Republic, Hungary and Poland. Not only is the mortality rate high, but medicines are already at the limit.

As for France and Germany, strict quarantine measures seem to have worked in curbing the spread of the virus. 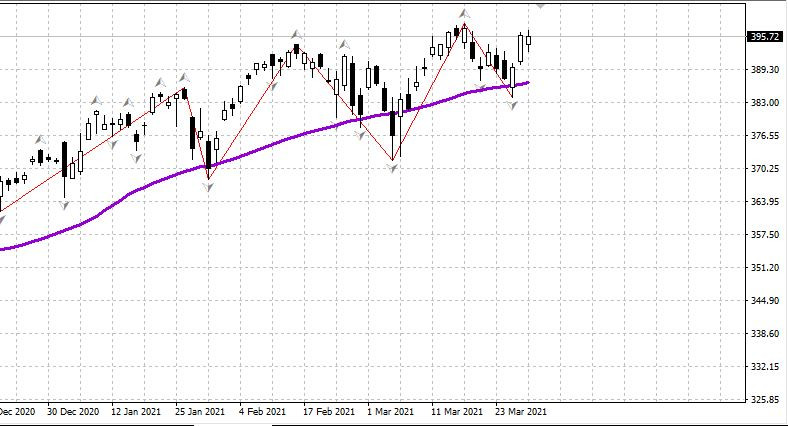 The US market showed tenacity yesterday by rising quite strongly immediately after declining during the day. More specifically, Dow Jones jumped by 0.3%, while NASDAQ Composite slipped by 0.6%

Obviously, the market intends to break above the yearly highs in the coming days.

This should be helped by the upcoming reports this week, which are March employment reports and the ISM Industrial Index.

But buying in the market is very risky at the moment. Selling, meanwhile, is better after the market hits new highs and undergoes a slight pullback.