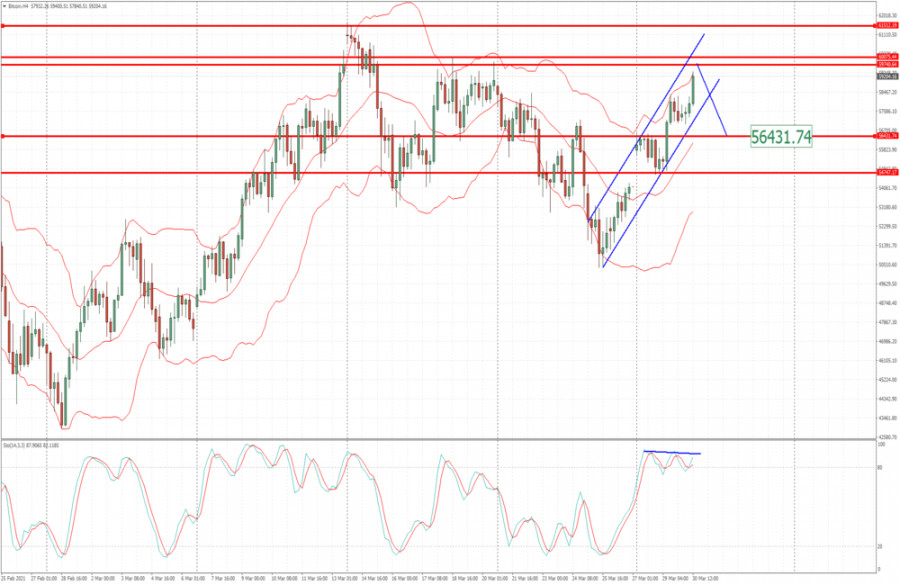 Analyzing the current trading chart of BTC, I found that buyers are in control today but the BTC is testing major resistance pivot at $60.000.

My advice is to watch for selling opportunities with the potential for the downside movement towards the levels at $56.430 and $55.000.

Additionally, I found that bearish divergence on the Stocahstic oscillator, which is another sign of weakness..