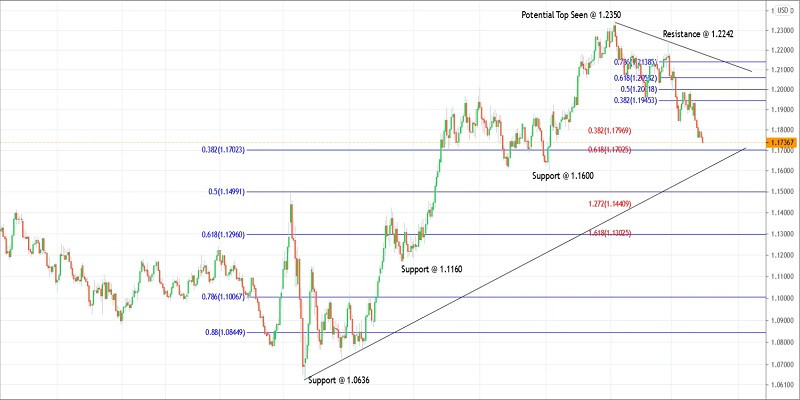 EURUSD bears are looking for complete control not allowing any pullback rallies as discussed earlier. They seem to be poised to push through 1.1700 levels, which is fibonacci 0.618 extension as highlighted here on the daily chart. EURO bulls can expect some respite around 1.1700 levels as fibonacci convergences are seen there; the 0.618 extension matching with 0.382 retracement of the rally between 1.0636 and 1.2350 levels.

EURO seems to be approaching support around 1.1600/1.1700 mark for at least a pullback rally to materialize. Traders might prepare to take profits on the short positions initiated earlier around 1.2240 and 1.2300 levels respectively. It would be interesting to see how prices react around 1.1700 and lower levels.