Bitcoin grows again after failing to validate a larger correction. The price is trading at $58,055 at the time of writing, right below $58,367 static resistance.

BTC/USD is bullish and the price could approach and reach the $61,788 all-time high in the coming days. The price action signaled that the short-term decline is over and that the major crypto could resume its major uptrend. 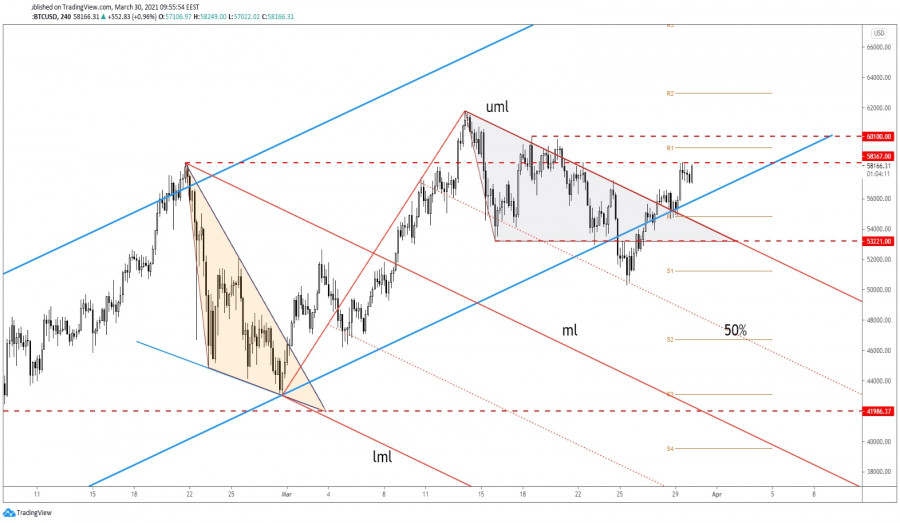 A bullish closure above $58,400 yesterday’s high is seen as a bullish signal. The $61,788 historical high is seen as an immediate target. Jumping and stabilizing above it could indicate further growth.