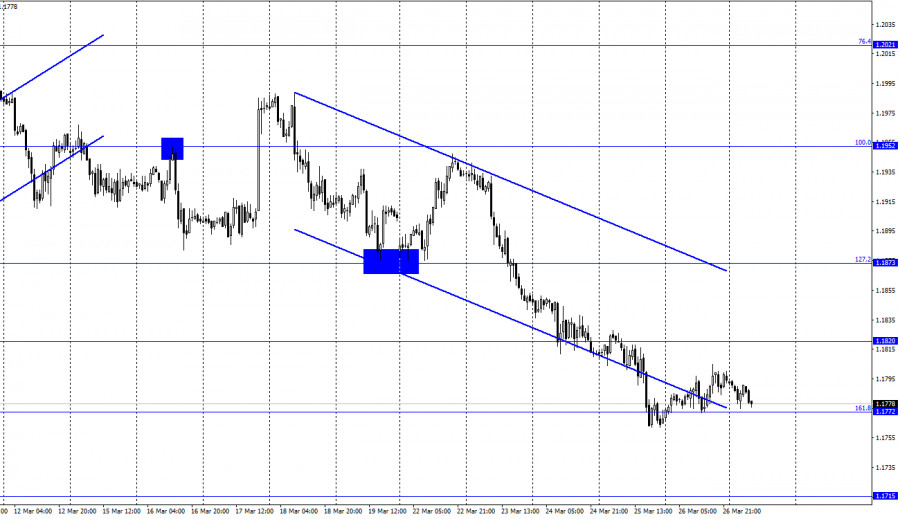 The EUR/USD pair during the last trading day performed a rebound from the level of 161.8% (1.1772), a reversal in favor of the European currency and some growth in the direction of the level of 1.1820. However, at the moment, the pair’s quotes have returned to the Fibo level of 161.8% (1.1772). Thus, a new rebound will work in favor of the new growth of the pair, closing under this level will increase the probability of a further fall in the direction of the next level of 1.1715. In general, the US dollar continues to grow, which is visible on the chart. The downward trend corridor keeps traders’ mood “bearish”. Although it should also be recognized that the information background is now extremely confusing and ambiguous. For example, in the European Union, there are still serious problems with vaccines and the growth of diseases in some countries, and the pace of economic recovery has stalled all winter, and now it may begin to stall due to a new, third wave of coronavirus.

In the US, the recovery is in full swing, and the US Congress, along with Joe Biden, are ready to pour trillions of dollars into the economy, just to make it grow at full speed. There are already rumors that a new $ 2 trillion to $ 4 trillion aid package will be approved by the summer. If so, then only in the first half of 2021, the American economy will receive about $ 6 trillion. At the same time, Jerome Powell said last week that the bond repurchase program will be gradually reduced as soon as the economy shows a consistently high recovery rate, and inflation reaches the target values. Although this statement can be regarded as “hawkish”, yet Powell said only that he regularly repeats in recent years. It is clear to everyone that when the economy recovers and inflation rises, monetary policy will begin to tighten. Powell did not say that the Fed intends to wind down the QE program in the near future. 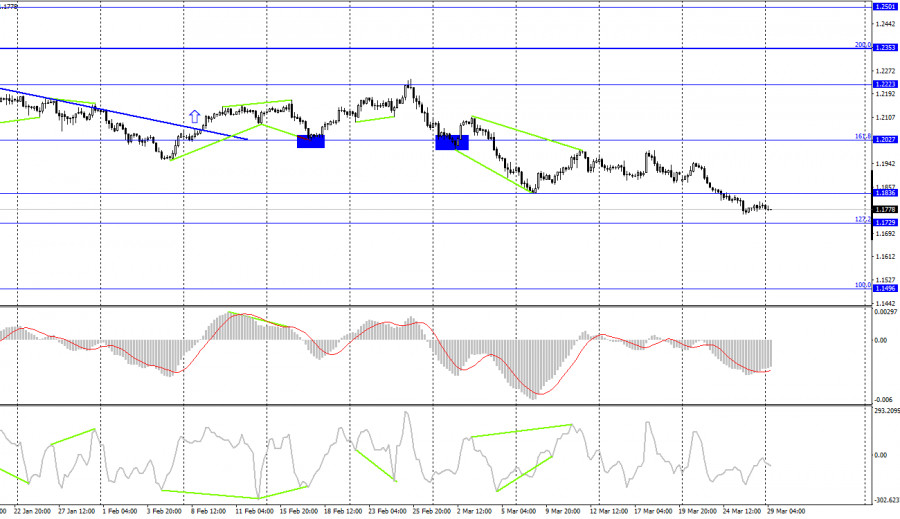 On the 4-hour chart, the pair’s quotes performed a fall to the level of 1.1836 and consolidation under it. Thus, the probability of a further drop in quotes has increased in the direction of the Fibo level of 127.2% (1.1729). This is the first goal. Closing the pair’s rate below this level will increase the probability of a further fall towards the next corrective level of 100.0% (1.1496). 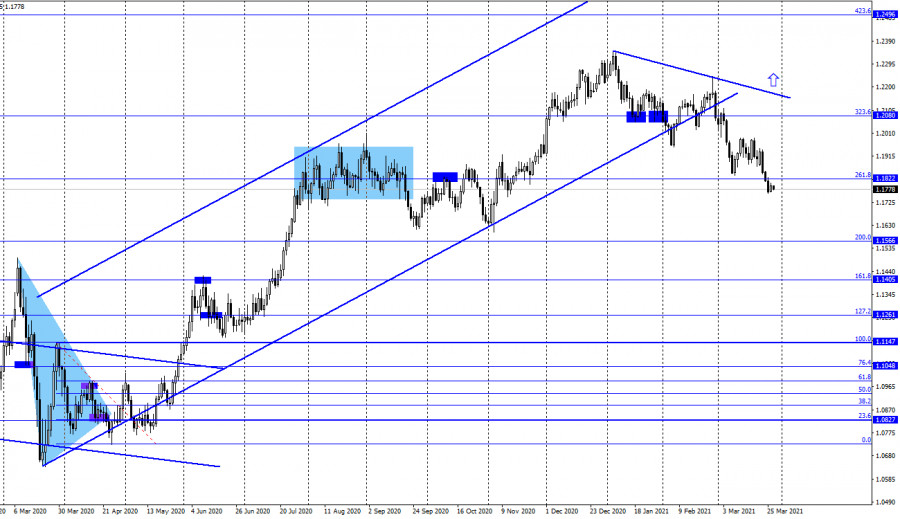 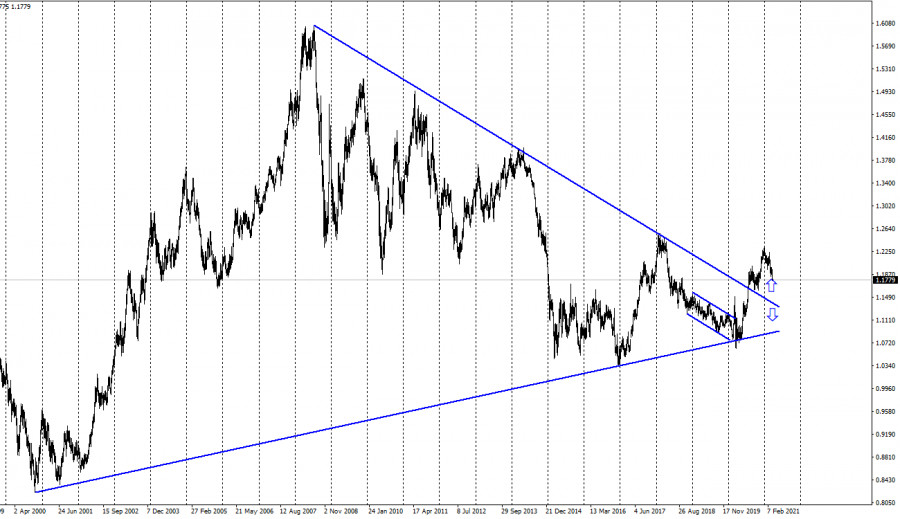 On March 26, there were no important events or reports in the European Union. The data from the US did not arouse much interest among traders.

On March 29, the calendar of economic events in the European Union and the United States is empty, so the influence of the information background will be absent today. 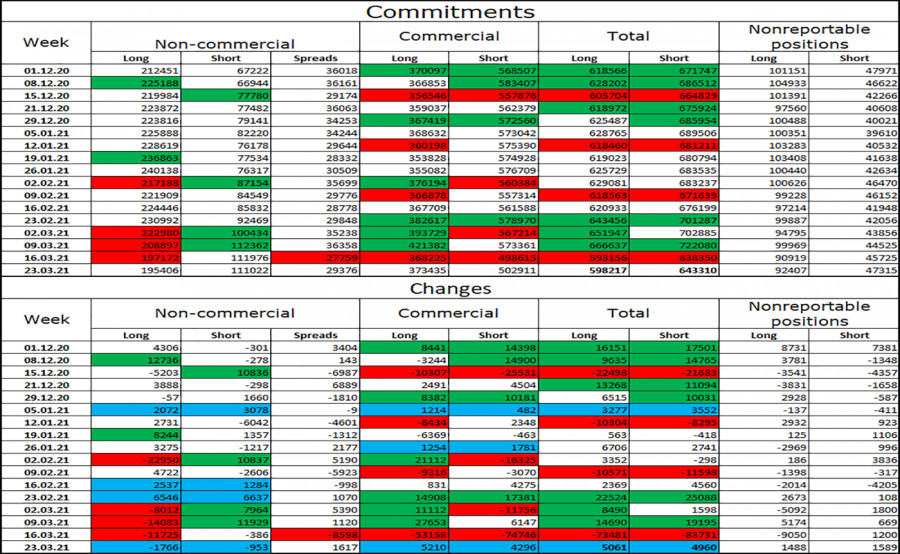