During the previous trading day, the pound was trading in a clear sideways trend, although at the very beginning of the day it showed a slight increase. According to the trading chart, it looks like the morning growth was just a continuation of the previous day’s movement. However, this rally was driven by data on retail sales in the United Kingdom. On an annual basis, UK retail sales fell by 3.7%, easing from a 5.9% decline in the previous month. The data turned out to be slightly better than market expectations of a 3.8% fall. At the same time, retail sales grew by 2.1% on a monthly basis. This makes the UK very different from the European Union or the United States, where retail sales are declining. Nevertheless, the pound sterling still showed a rather modest increase. One way or another, a decline in sales speaks of the continuing pressure on the European currencies. Even despite upbeat macroeconomic statistics, the upside potential is very limited. 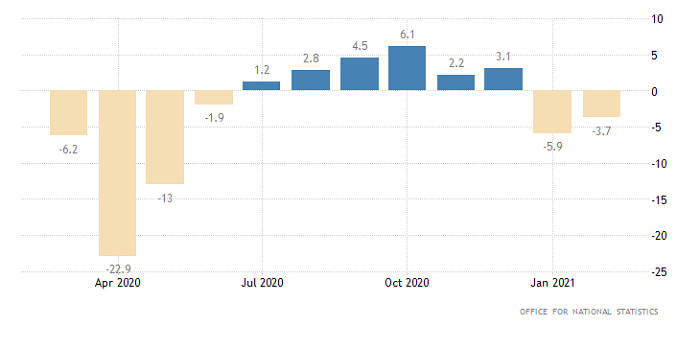 Today, the pound sterling is expected to trade under pressure from the British statistics. Projections about the lending market are extremely downbeat. Unsecured lending to consumers is anticipated to fall by another £1.6 billion, even though the figure has already decreased by £6.3 billion over the previous five months. Mortgage approvals are likely to decline to 94.9 thousand from 99.0 thousand, and net mortgage borrowing – to £5.0 billion from £5.2 billion. This means that after slight signs of a recovery, consumer spending will shrink again. Thus, the forecasts are really disappointing. 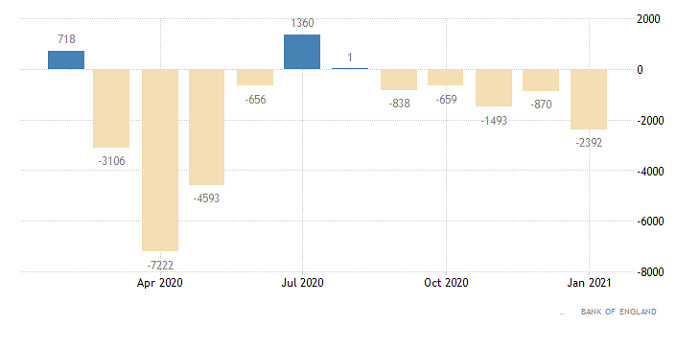 At the end of the last trading week, the pound/dollar pair rebounded from the variable pivot point of 1.3670, passing more than 120 points. Then the quotes stopped near the resistance level of 1.1810 and started to move sideways within the range of 1.1770-1.1800.

Market dynamics are medium. Due to the recent stagnation, we can see a slight accumulation process, which may lead to a speculative acceleration.

According to the trading chart, the price has already broken through this accumulation area downwards. As a result, the number of short positions increased.

According to the daily chart, the price is still fluctuating. Note that this is just a part of the corrective movement from the peak of the medium-term trend, that is, 1.4224.

In case the price consolidates below 1.3750, the pair will most likely resume its correction from the peak of the trend towards the variable pivot point of 1.3670.

From the point of view of comprehensive indicator analysis, technical indicators on minute charts are signaling active sales, while the hourly chart is still pointing to the pullback of the end of the last week.