Despite the recent selling pressures on BTC/USD and ETH/USD, both cryptocurrencies tested important trend line support levels and bounced off of them. Price remains in control of the bulls but some warning signs give bears some hopes. 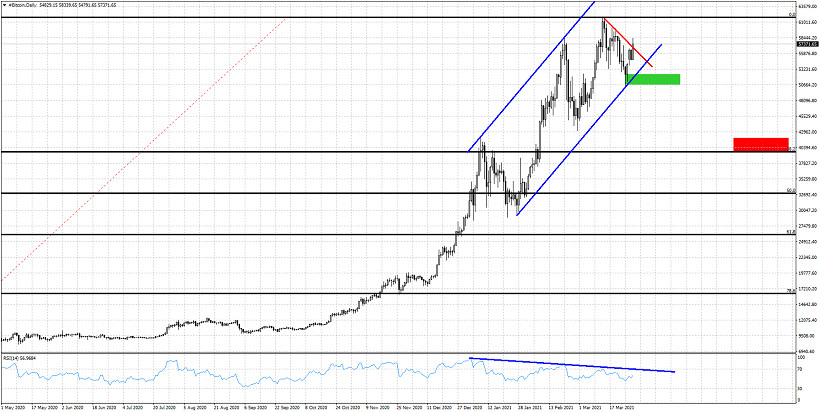 BTC/USD is still trading inside the bullish blue channel. Price today is breaking above the red short-term resistance trend line. Key support as shown by the green rectangle is found at the recent low of $50,325 and the lower channel boundary at $52,500. As long as price is above this area bulls remain in control. If support fails to hold then we should expect a retracement at least towards the red rectangle and 38% Fibonacci retracement at $40,000. The bearish divergence in the Daily RSI is an important warning that should not be ignored. 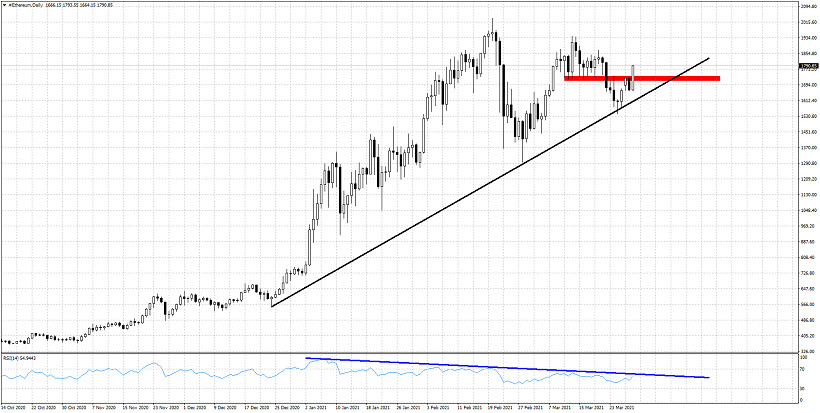 ETH/USD is breaking above horizontal resistance today. Price has respected the black support trend line and has potential to move to new highs specially if price breaks above the next short-term resistance of $1,870. The RSI has given us a warning with a bearish divergence. This does not rule out a new higher high, but bulls need to be cautious. Breaking below the black trend line support will be a bearish sign and would imply that a bigger correction is imminent.