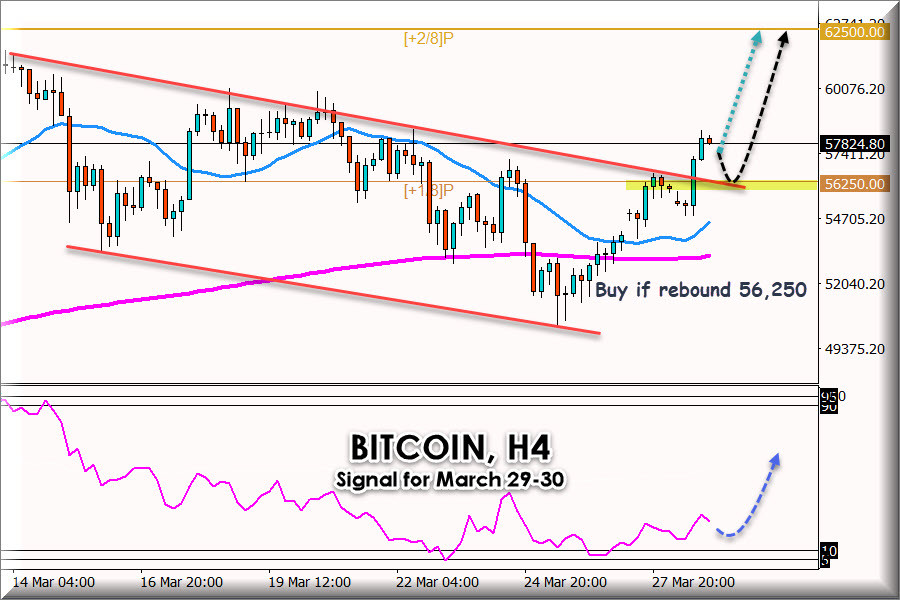 The BITCOIN, this Monday morning is trading above the key level of 56,250, showing strong bullish signal, now it is located above the SMA of 21 and above the EMA of 200, after having broken the downtrend channel .

Last week we saw how the BTC, fell to the minimum of the 50,000 psychological level, found strong support, from that point it is rebounding, pointing to the target of 62,500.

Because the bias remains bullish for BTC, we expect that there will be a consolidation above the 56,250 level, there is +1/8 of murray, support level for now, and the bottom of the bearish channel that should hold for a new boost to 62,500.

Given that we expect a consolidation at 56,250, we recommend buying at those levels with targets at 59,000 and 62,500 in the short term. The eagle indicator is showing bullish signal.