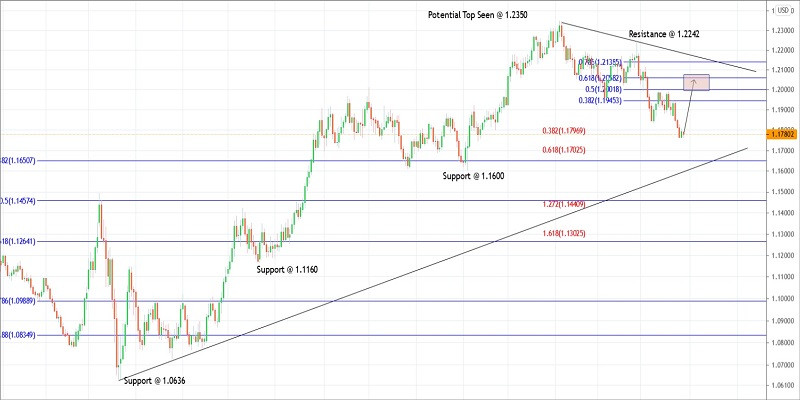 EURUSD has been trading in a range after having carved a low at 1.1764 last week. Probabilities remain for a pullback rally towards 1.2070 before turning lower again, towards 1.1600 levels. A break above 1.1810 would confirm that an interim low is in place around 1.1765 mark and that bulls are in control to push higher, the counter trend rally.

The intermediary trend seems to have turned lower since 1.2350 highs registered in January 2021. It would be interesting to see if a counter trend rally materializes towards 1.2070 levels or not. Also note that fibonacci 0.618 retracement of the boundary between 1.2350 and 1.1765 is seen around 1.2060/70, hence probabilities for a bearish reversal remains high.