Litecoin (LTC/USD) rallies after failing to stabilize under an uptrend line signaling that it could approach the former highs. It’s traded at 193.32 level and it should reach 200.00 psychological level soon. 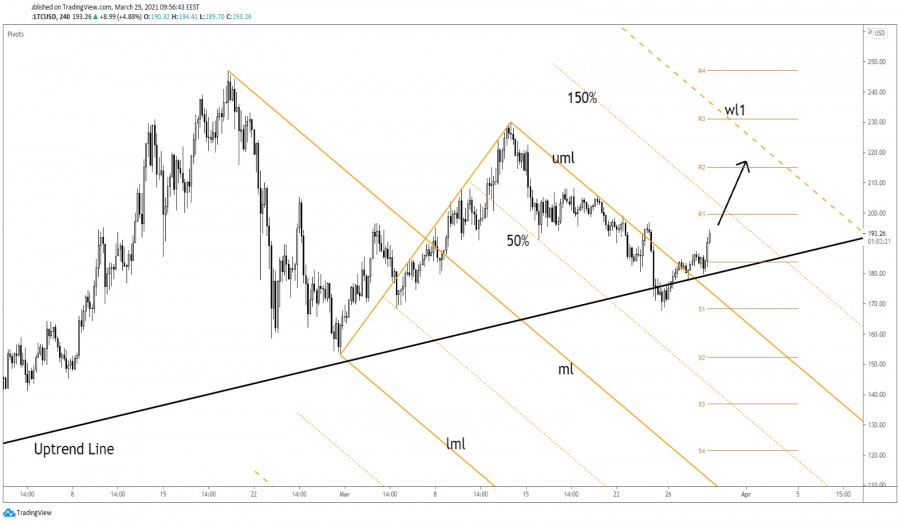 LTC/USD registered only a false breakdown through the uptrend line. Today’s rally far above the Pivot Point (183.83) is seen as a bullish signal. The price has tested the uptrend line and now is targeting the R1 (199.64) and the 200.00 psychological level.

Closing above 197.00 former high indicates a further growth and a potential bullish fly above $200.00. Personally, I believe that only another drop under the uptrend line could invalidate the bullish scenario and could bring a short opportunity.