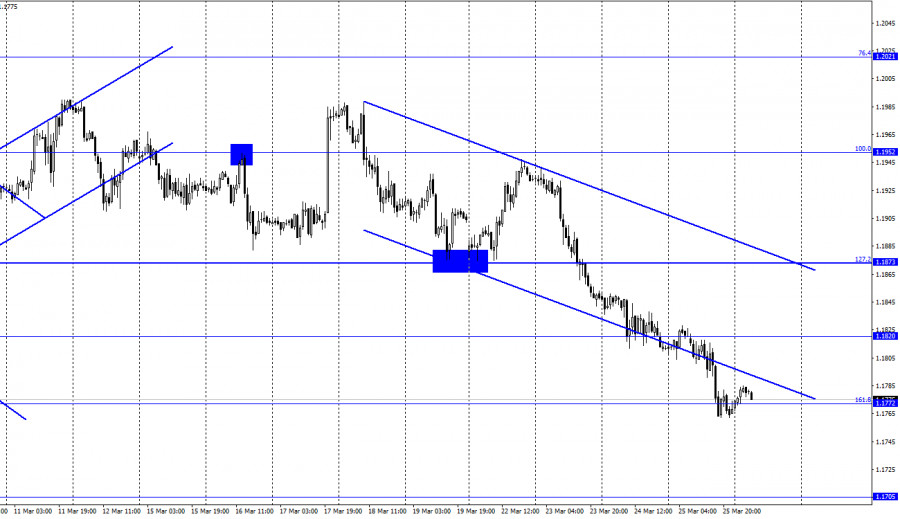 The EUR/USD pair made a drop to the corrective level of 161.8% (1.1772) during the past day and failed to make a clear close under it. Thus, today, the growth process may begin in the direction of the levels of 1.1820 and 1.1873 within the downward trend corridor, which continues to characterize the current mood of traders as “bearish”. At the same time, a clear closing of the pair under the level of 161.8% (1.1772) will increase the chances of a further fall towards the next level of 1.1705. Yesterday was marked by the release of the report on GDP in America for the fourth quarter. Let me remind you that in the European Union, everything is sad with this indicator. Negative values are expected in both the fourth quarter of 2020 and the first quarter of 2021. Against this background, the growth rate of the US economic recovery looks impressive. Yesterday, it became known that by the end of the fourth quarter, the US economy may grow not by 4.1%, as expected a month earlier, but by 4.3% y/y. The same applies to the report on applications for unemployment benefits. Over the next week, the number of primary applications for benefits was lower than expected by traders, and the total number of secondary applications fell below the mark of 4 million. Thus, the economic data from the US yesterday was really good, so from my point of view, the new growth of the dollar was quite justified. At the same time, it should be noted that the speech of Christine Lagarde did not give any new information to traders, as well as two earlier speeches by Jerome Powell. In the European Union, signs of the third wave of the pandemic continue to be seen, so many countries are tightening quarantine restrictions. At the same time, the vaccination process is still moving very slowly, the showdown with the pharmaceutical company AstraZeneca continues, which does not have time to fulfill contracts with the EU, but at the same time supplies the vaccine to the UK, which causes the EU authorities to have a burning desire to block all exports of the vaccine. 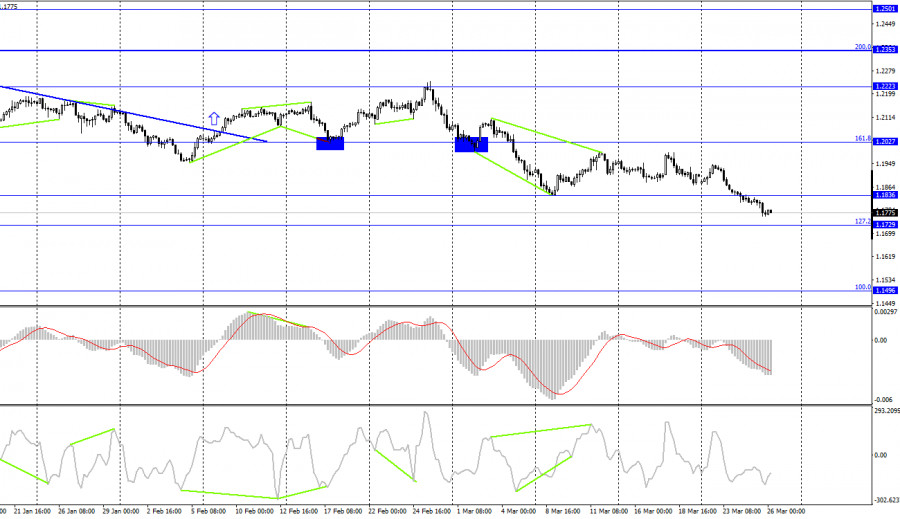 On the 4-hour chart, the pair’s quotes performed a fall to the level of 1.1836 and consolidation under it. Thus, the probability of a further drop in quotes has increased in the direction of the Fibo level of 127.2% (1.1729). This is the first goal. There are no emerging divergences in any indicator today. 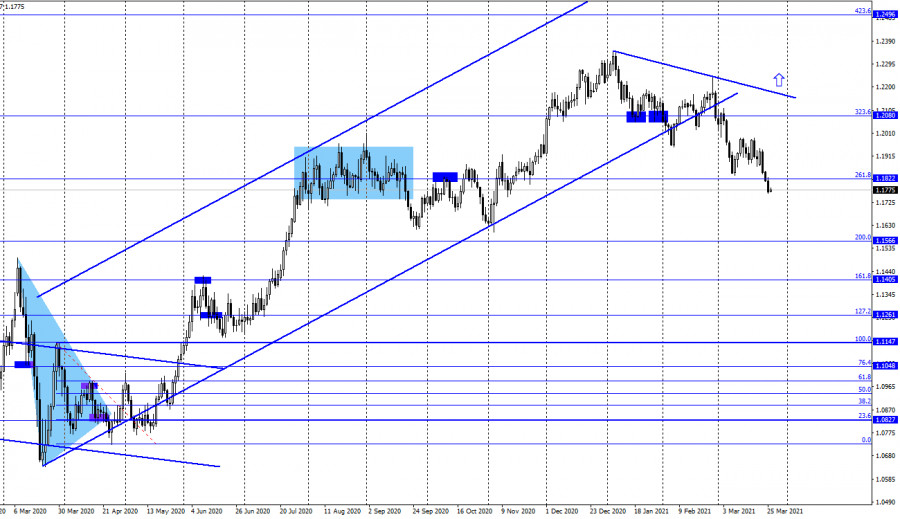 On the daily chart, the quotes of the EUR/USD pair performed a consolidation under the corrective level of 261.8% (1.1822). Thus, the process of falling can now be continued in the direction of the next Fibo level of 200.0% (1.1566). The general mood of traders remains “bearish”. 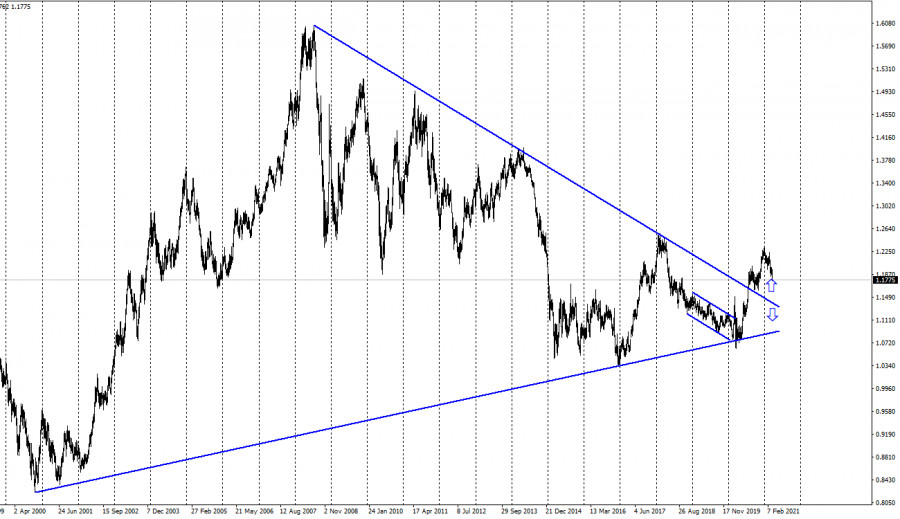 On March 25, there were no important events or reports in the European Union. Data from the US caused a new growth of the US currency.

US – changes in the level of spending and income of the population (12:30 GMT).

On March 26, the calendar of economic events in the European Union is empty, and not too important data will be released in the United States. Therefore, today the information background can be extremely weak. 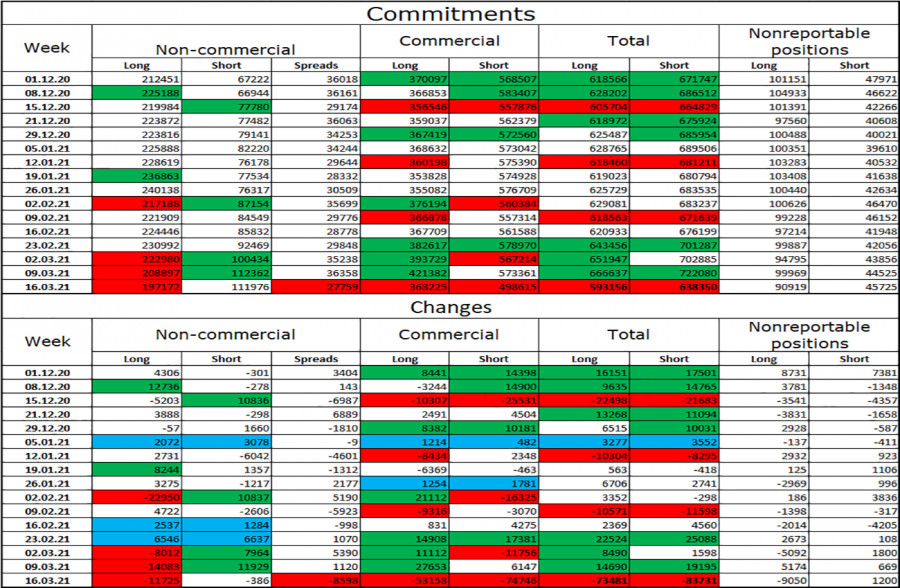 Last Friday, another COT report was released, and this time it turned out to be overly aggressive. For the third week in a row, the “Non-commercial” category of traders gets rid of long contracts on the euro currency. This time, their number has decreased by almost 12 thousand. However, this time, the “Commercial” category of traders also got rid of 53 thousand long contracts and 75 thousand short contracts. Thus, the total number of long contracts decreased by 73.5 thousand, and short contracts – by 84 thousand. It is not clear what caused such a huge change in the mood of speculators and commercial traders, but the data is exactly that. The chances of ending the upward trend for the euro currency are growing.