USDJPY is making higher highs and higher lows. Trend is bullish as price is moving inside an upward sloping channel. Price is at 109.66 and around 110 we have a major resistance trend line coming from 117.80-118 area back in 2016. 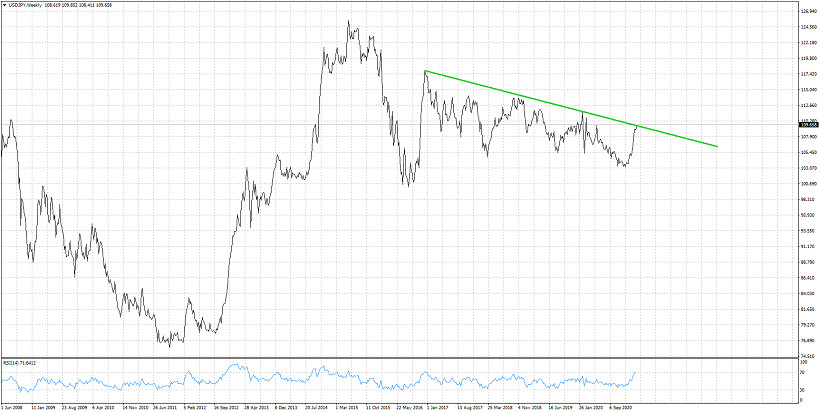 This resistance trend line has been tested twice so far and price moved lower after getting rejected. Another rejection should not be ruled out. If however price breaks above this trend line then we could be talking about a very important bullish signal. 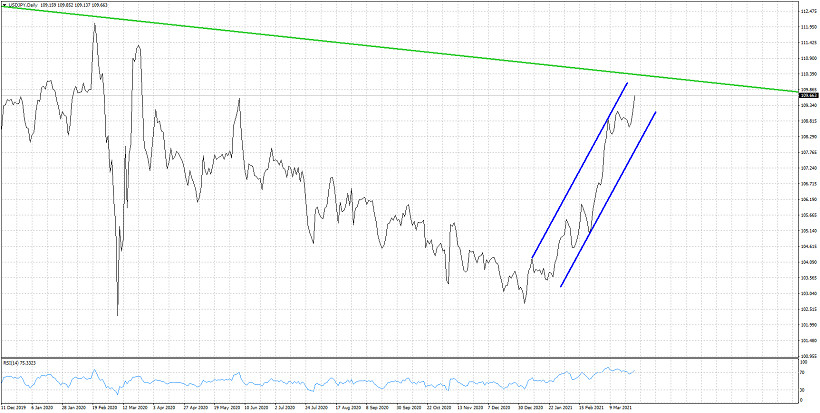