Ethereum made a low at $1,544 level. Price is now bouncing off the medium-term upward sloping bullish trend line. Price still is making lower lows and lower highs. For trend to change price must break recent broken support at $1,720 that is now resistance. 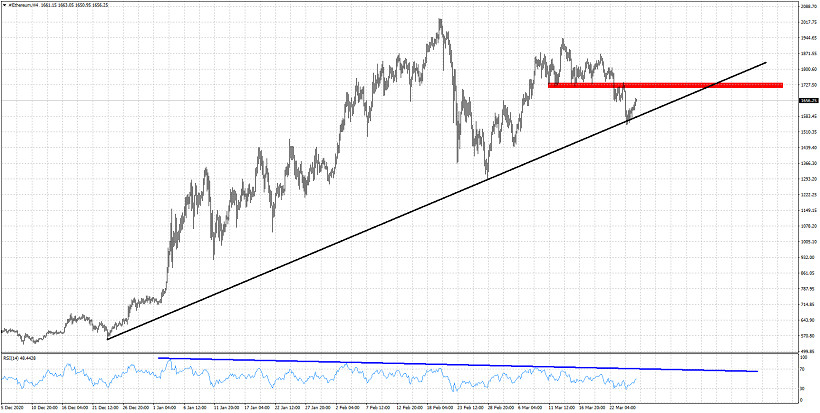 Some time ago we warned traders of the bearish RSI divergence and the imminent pull back. Price had also formed a bearish Head and shoulders pattern and our initial target was $1,500. We came $44 close to that target and as long as price is below the red rectangle resistance area we expect to see the $1,500 level. However after today’s bounce, if price pulls back again and bounces off the trend line again, then we should start forgetting $1,500 and look for higher levels. $1,660 is also a short-term resistance but not as important as the $1,700-$1,720. A rejection at $1,660 or $1,700-$1,720 could provide us with the next leg down.