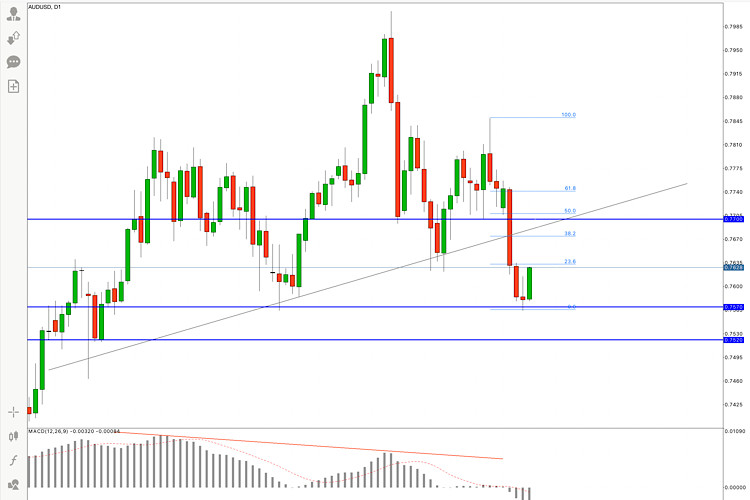 The AUD/USD pair dropped to its lowest level since early February at 0.7563 on Thursday as the greenback continued to gather strength. With the risk sentiment improving on Friday, however, the pair managed to stage a rebound and was last seen gaining 0.5% on the day at 0.7615.

The Australian dollar is attempting to recover higher against the US dollar on Friday, due to an improvement in risk-on trading sentiment. The AUDUSD pair has moved back towards the neckline of a notable large head and shoulders pattern on the Daily time frames. If bulls force a bullish move, then the AUDUSD pair could rally towards the 0.7700 area which coincides with the 50% fibonacci retracement .

On the flip side, the development of MACD indicator (bearish divergence) hints at swelling downside momentum. A daily close below previous low critical support level 0.7570 would likely propel price back towards former support at 0.7520